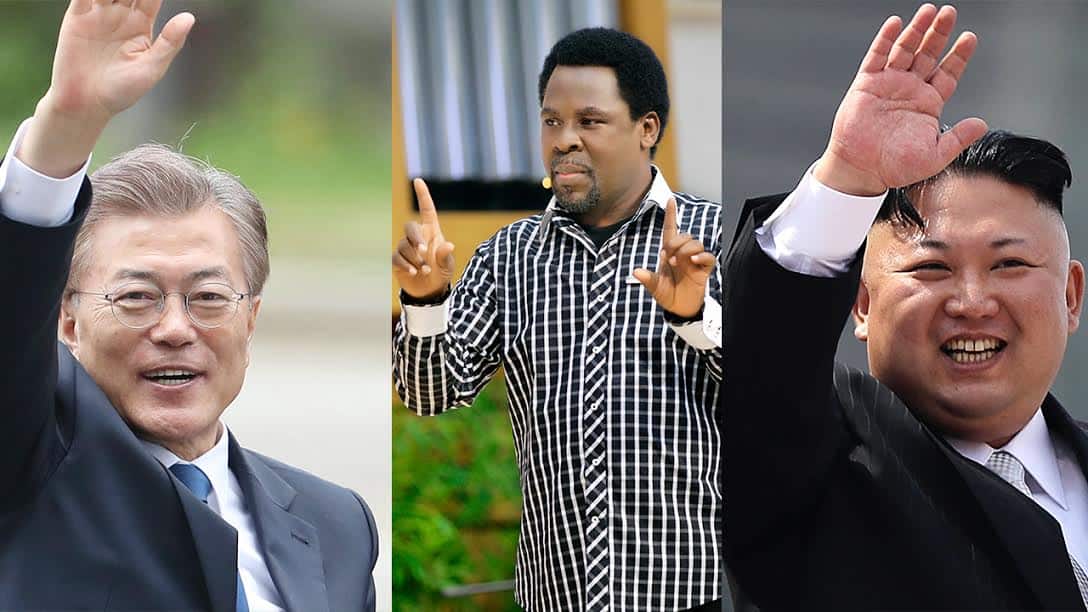 Kim Jong-un became the first North Korean leader to step into the South in 65 years to meet with South Korean President Moon Jae-in for a peace summit on Friday but popular Nigerian pastor, T.B. Joshua, claims to have foreseen the historic reconciliation nearly four years ago.

In a video posted on his YouTube channel, the cleric began to ‘prophetically’ speak on April 3, 2014 during an event at a South Korean church while tensions between the two nations were still high. He said, “In your country here [South Korea], whatever threat you are having now is not a threat. You people will still come to the table to talk reconciliation between you and the North. There is no fight between South and North. Whatever threat now, they will still come together and discuss. They will not fight but there will be threat, threat, threat There will be gunshot threat but you will still discuss. There will be reconciliation. I am seeing reconciliation coming. Discussion will come.”

Watch the footage below: