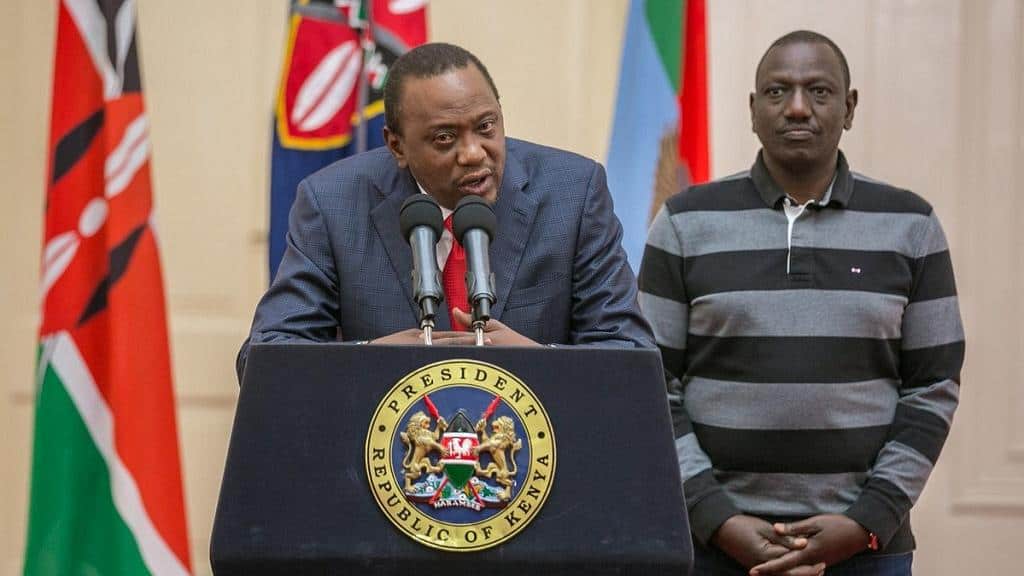 The lawyer of an opposition politician of dual Kenyan and Canadian citizenship said on Tuesday his client was detained by police at Nairobi airport during an attempt to force him onto a plane to Canada.

Miguna Miguna, a lawyer, was deported by Kenyan authorities in February for his role in a protest by opposition leader Raila Odinga, who maintains he was the winner of an election that returned President Uhuru Kenyatta to power last year.

Shortly before his deportation, which came after Odinga enraged the government by staging a symbolic “swearing-in ceremony”, Miguna was charged with treason. More than 100 people were killed in unrest after last year’s election

Earlier this month a Kenyan court then ordered that Miguna’s Kenyan passport be restored and that he be granted entry to the country. He landed at Nairobi’s international airport on Monday afternoon, his lawyer Nelson Havi said.

Immigration officials asked Miguna on Tuesday to surrender his Canadian passport and refused to accept his Kenyan identity card as a valid travel document, Havi said.

Live footage broadcast by private Kenyan TV station Citizen showed Miguna in the doorway of what appeared to be an Emirates plane shouting at a crew member: “I’m not going anywhere, you cannot take me from my country by force.”

“There was an attempt to force him onto the plane and he resisted justifiably,” said Orengo, who said he witnessed Miguna being “terribly manhandled, pushed and dragged” by plainclothes officers at the airport.

Orengo said the officers then took the politician off the plane and briefly held him at airport immigration offices before taking him to a police station in the airport in the early hours of Tuesday.

Odinga came to the airport on Monday night to try to intervene on Miguna’s behalf and said his Kenyan passport should be returned as a condition for political dialogue, according to Orengo.

An interior ministry statement released early Tuesday said Miguna became “unruly and threw a tantrum” at the airport and that he had demanded to be allowed to enter Kenya without being cleared through immigration.

“We have not denied him (entry), we just need him to follow the process like everybody else,” Interior Ministry spokesman Mwenda Njoka told Reuters via phone.

Odinga came to the airport on Monday night to attempt to lobby for Miguna to be admitted to the country, Orengo said.

He said that the return of Miguna’s passport was one condition for an enabling environment for political dialogue, but did not specify any new plans by the opposition.The scuffle at the airport comes after Odinga and Kenyatta announced they would heal their divisions and vowed to unify Kenya in a surprise announcement on March 9.