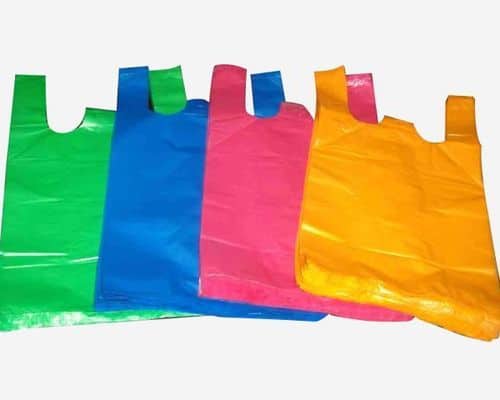 Some environmentalist has called on the government to ban the use of of polythene bags to safeguard the environment and health of the citizens.

During an interview with News Agency of Nigeria, Mr Temitope Ogunweide, an ecologist and co-founder of Clean Edge limited, said the use plastic bags had been accepted in the country, adding that the effect could be dangerous to the environment.

“We see a lot of activities carried out with the use of plastic bags; there is also need to consider the negative impact they have on the environment.

“When people go to shopping malls, they used plastic bags to pack the items because of convenience.

“This trend has become part of us but the convenience of these bags come at a very high cost to the environment and health,” he said.

Ogunweide said that since recycling in Nigeria as not been effective, he wants the country to take a cue from countries like Rwanda, China, Italy and France, that has ban the use of plastic bags, because of the terrific impact of these materials on marine life.

“Most of these bags end up in the bottom of the oceans because they are petroleum based band and they do not degrade.

“Currently there are approximately between 46,000 and 1,000,000 plastic fragments floating within every square mile of the globes’ oceans.

“The huge amount of plastics in the ocean has a side effect on the marine life such as sea turtles and fish,” he said.

“We have had many people advocating for recycling of plastics but most recycling plants do not have the capacity to recycle plastics in Nigeria.

“But we must consider the effect plastic products have on our health, plastic bags contain some pollutants such as polychlorinated biphenyl and Polycyclic aromatic hydrocarbons, which are hormone disrupting.

“It can lead to cancer in humans or some other serious health challenges,” Ogunweide said.

Mrs Candida Nworah, an environmental consultant, called for the gradual ban of plastic bags despite its negative effect.

Nworah said the ban was necessary but advised that it should follow a gradual process.

According to her, the process of banning plastic goes beyond a one-year timeline, adding that it may take some years to complete the process.

“Plastic is dangerous because it is non-biodegradable. Some plastics manufactured centuries ago are still in existence and we keep producing more.

Mrs. Nworah urged the government to see it as a point of duty to educate the people on the impact of polythene materials on their health, and the need to use better alternatives.

“We need to educate people at the grassroots and also at the top echelon of society on the non-biodegradable nature of plastic and also create an alternative before the ban.

“After you sensitise people on the dangers of plastic, you also need to create viable and feasible alternative.

“This alternative has to be established before the ban,” She Said.