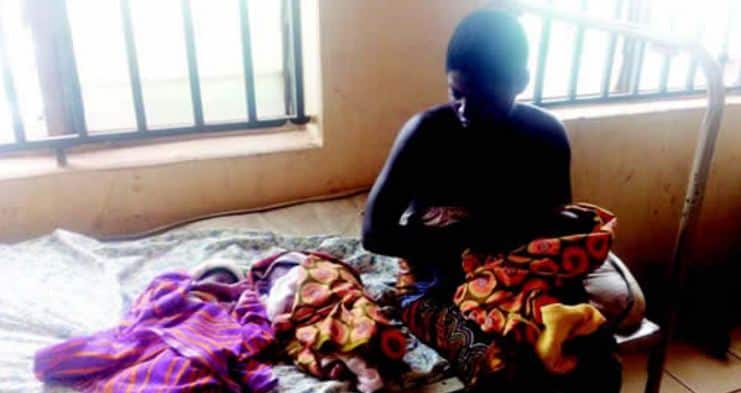 Naija News gathered that Ukamaka, 35, was Nkwegu’s third wife and gave birth three weeks ago to triplets; two boys and a girl at a traditional maternity home in Abakaliki.

The woman delivered at a traditional maternity home instead of going to the hospital due to her husband’s complaint of lack of money.

Naija News further learnt that Ukamaka, engage in menial jobs to fend for her family. She had earlier given birth to three children – a set of twins and one other before the arrival of the triplets.

She delivered the triplet three weeks ago and had been begging for assistance from well-meaning Nigerians as her husband had disappeared from home and refused to pick her calls.

However, donation came from Chief Peter Edeh, a former lawmaker representing Ezza North/Ishielu Federal Constituency of Ebonyi State at the House of Representatives, who gave an undisclosed amount to her.

The ex-lawmaker urged the woman to go for family planning and appealed to the husband to return home and take care of the triplets.