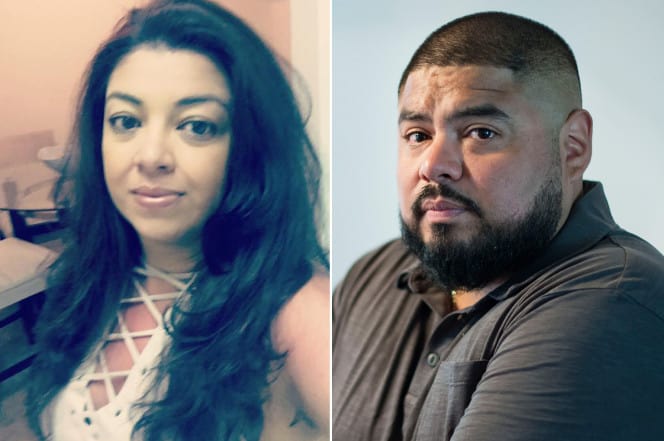 A 37-year-old man might be on his way to jail after he filmed himself confronting his wife when he busted her in bed with her boss.

Sean Donis, 37, filmed two videos on his phone when he found his wife Nancy in bed with another man in Rockland County, New York in April last year has been charged with unlawful surveillance.

He told the New York Post he had used the ‘Find My iPhone’ app to locate his young son’s iPad when he spotted it travelling through Rockland County.

Donis said he was looking after the couple’s son because his wife had said she was meeting up with friends for dinner in Elizabeth, New Jersey.

He said seeing the iPad location confirmed fears he had about his wife’s infidelity with her boss Albert Lopez.
Donis went to Lopez’s house and entered through the unlocked front door.

He then proceeded to film his wife and Lopez in bed as he confronted them.Nancy filed for divorce and it was finalized earlier this year.

Months later in July, Donis was informed he had been indicted by a grand jury for unlawful surveillance and felony burglary.

‘I feel like it’s unjust what they’re doing to me,’ Donis told The Post. ‘It’s like I’m being punished twice.’
He pleaded guilty in August but is due to front court again on September 20.