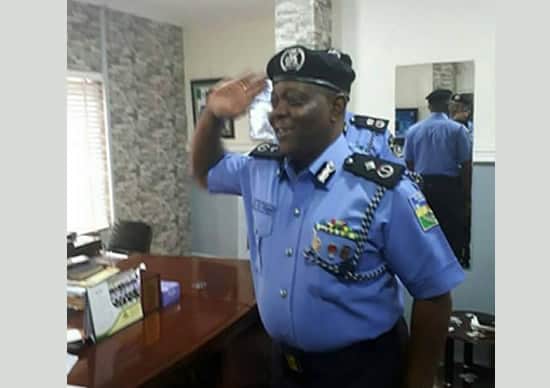 After the confusion which initially trailed the appointment of a new Lagos State commissioner of police, Mr. Imohimi Edgal, yesterday, formally assumed duty as the new Commissioner of Police in Lagos State.

A statement by ASP Olarinde Famous-Cole, spokesman of the command, said that Edgal assumed office following his confirmation as the new Commissioner in Lagos State by the Inspector-General of Police, Ibrahim Idris.

Edgal was until his recent promotion and appointment, the Deputy Commissioner of Police, DCP, in charge of Operations, in Lagos State.

Most recently, he coordinated a joint assaults which resulted in arrests of scores of members of the dreaded badoo gang in Lagos.

Imohimi Edgar joined the Nigeria Police Force, as a cadet Assistant Superintendent of Police, in February, 1986, serving in various commands and formations of the NPF within the country in several capacities, spending most of his days at the Lagos State Police Command.

Edgar, who served as the Divisional Police Officer of Shomolu Police Division, Seme Police Division, Ikeja and Surulere Police Divisions, between the year 2003 and 2011, as a Chief Superintendent of Police, CSP, before he was promoted and appointed the Assistant Commissioner of Police, ACP, in-charge-of the Area A, Command, Lagos, ‎obtained a diploma degree in Police Science. ‎

He also obtained a certificate of National Security for Nigeria Defence Intelligence, at the Centre of Strategic Studies, Galilee International Management Institute Israel and the Defence Intelligence College Abuja in 2015, which necessitated his appointment as the ACP in charge of the Intelligence at the Police Force Headquarters Abuja.

In 2010, Edgar, as DPO Ikeja Division, launched the first Community Policing in Ikeja Lagos State. He hosted security stakeholders in Ikeja, at Savoy Suite, GRA and lectured participants on how to assist the police on Community Policing.

The new police commissioner, also played a major role in the rescue of the popular “Epe six”; a case of six kidnapped students of Lagos Model College, Igbonla, Epe, who were abducted on May 25, 2017 and got their freedom after 65 days in captivity.