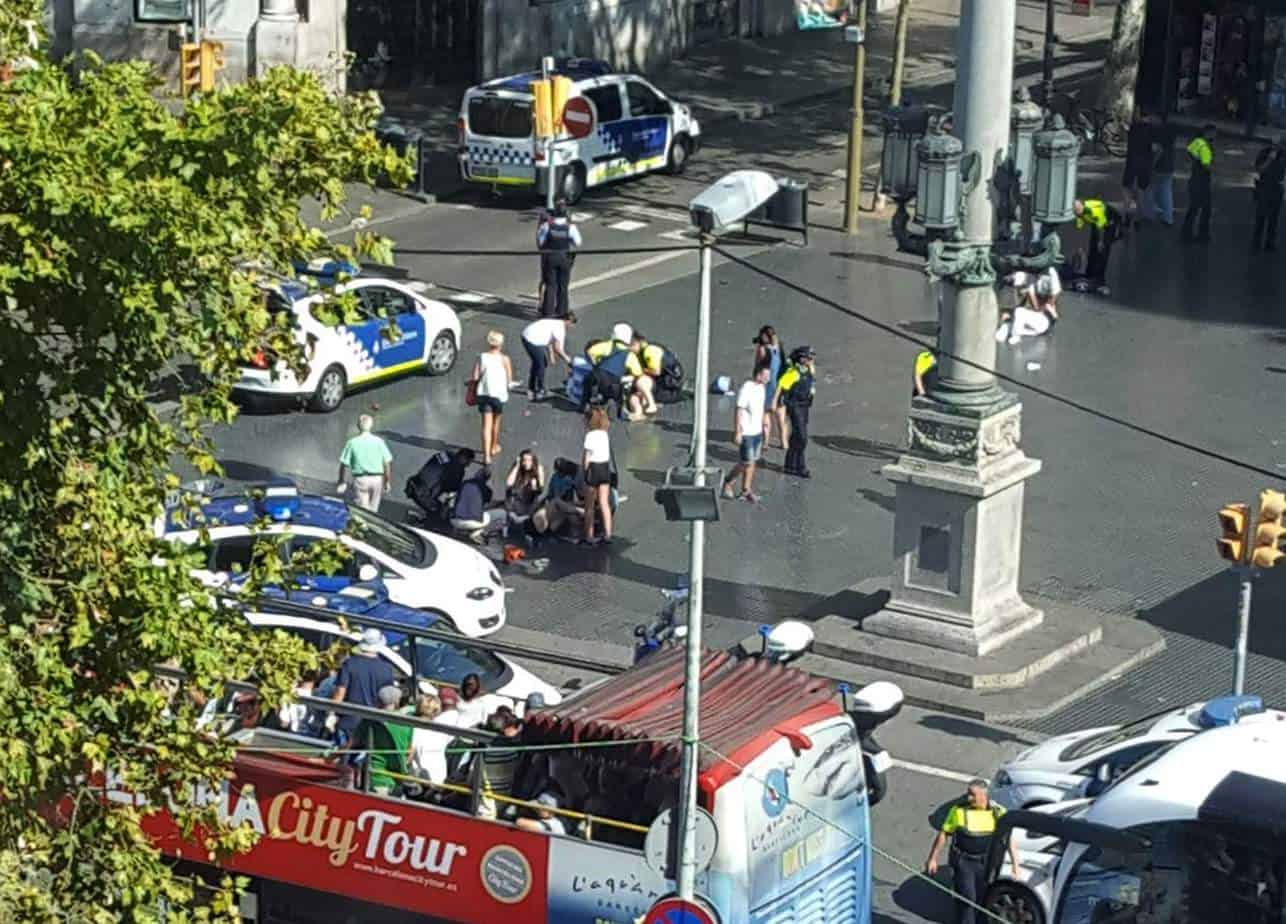 Not less than thirteen people have been confirmed dead and dozens more injured after a van ploughed into a crowd of people in the centre of Barcelona in a suspected terror attack.

Police officers have evacuated nearby streets, which are part of the popular Las Ramblas area, and confirmed there have been multiple fatalities.

Police have confirmed the incident is a terror attack, but in an official statement said that they ‘cannot confirm the motive’.

Pictures from the scene showed police helping people injured in what has been described as a ‘massive crash’.

People are now taking shelter in local shops and cafes, according to local reports.

Video of the scene shows police officers evacuated the area.

Reports say that a Spanish passport of a man with a Moroccan name was found inside the van.

The area has now been cordoned off and local metro stations are closed.

One eyewitness said: “We have seen people lying on the ground, the police told us to leave quickly.”

Another witness Aamer Anwar said: “All of a sudden, I just sort of heard a crashing noise and the whole street just started to run, screaming. I saw a woman right next to me screaming for her kids.

“Police were very, very quickly there, police officers with guns, batons, everywhere. Then the whole street started getting pushed back.”

In recent weeks, threatening graffiti against tourists has appeared in Barcelona, which draws at least 11 million visitors a year.

In one video released under the slogan “tourism kills neighbourhoods”, several hooded individuals stopped a tourist bus in Barcelona, slashed the tyres and spray-painted the windscreen.

Since July 2016 a number of vehicles have been driven into crowds in a series of attacks across Europe, killing well over 100 people in Nice, Berlin, London and Stockholm.

Las Ramblas is a popular shopping street in the centre of Barcelona and one of the city’s most popular tourist destinations.