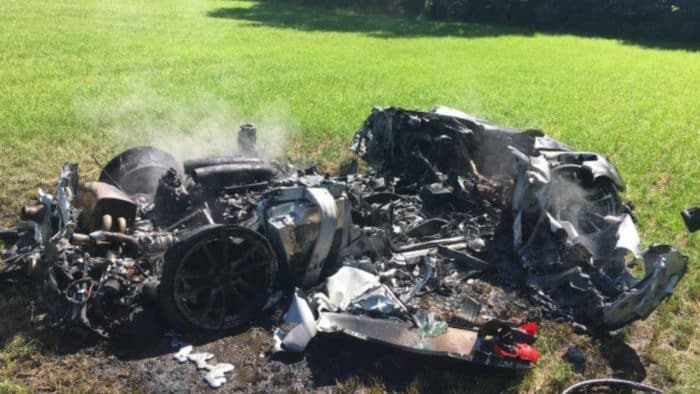 A man in Britain has survived a major crash in his Ferrari, an hour after he bought it.

The car was not so lucky.

South Yorkshire Police posted Twitter photos of the smoking, wrecked car, saying it “went airborne (and) burst into flames” beside a highway in northern England.

The police said in a Facebook statement that the driver “only had minor cuts and bruises” after Thursday’s smash, but they also detected “a sense of damaged pride.”

The force said the driver, not identified, told officers: “I’ve only just got it, picked it up an hour ago.”

Police urged local drivers to take care on the roads.