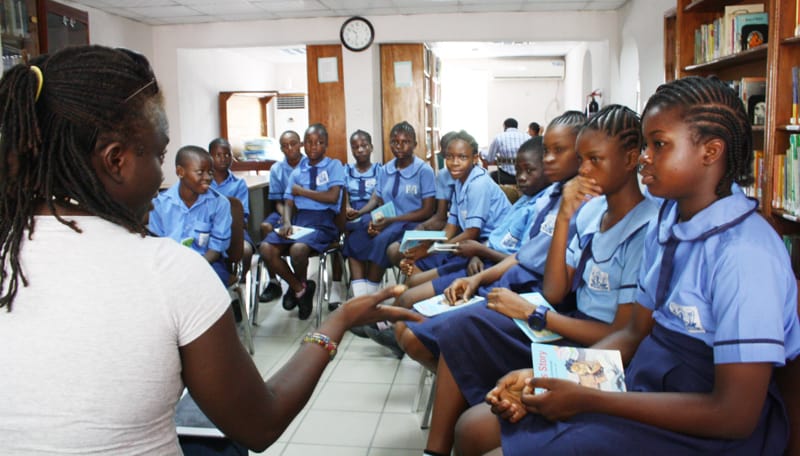 The lawmaker, who represents, Yobe South Senatorial District, spoke to newsmen after commissioning various projects in the constituency.

He said the offer was for students studying in all institutions of higher learning across the country.

Hassan explained that the scholarship would be available to 20 students from each of the 44 wards in his constituency.

The lawmaker also promised to pay salaries of staff of the Mohammed Hassan Arabic and Islamic School Arikime at the commissioning of the school.

He further promised to provide uniforms for all students of the school as well as establish three science laboratories to enable them compete favourably with other schools.

Hassan also pledged to donate the sum of N2.5 million for the rehabilitation of another school, Fatahul Rahaman Islamic School.

He said the gesture was informed by his desire to help provide education for as many school age children as possible, adding that, education was one of the greatest legacies to bequeath the future generation.

“I promised as part of my campaign promise to continue to encourage the younger ones to take the issue of education seriously.

“That is why I decided to offer scholarship to 20 students from each of the wards in my constituency.

“We have identified the students attending institutions of higher learning and we will be giving N20,000 to each to them, meaning there will be 880 beneficiaries of this scholarship.

” It is going to be an annual thing to enable the students pay up for registration in school.

“This is one of the ways I feel I should encourage our younger ones to rise to whatever height they wish to without hindrance,” he said.

At another event, the lawmaker pledged the sum of N20 million as part of contribution for rehabilitation of the Central Mosque in Potiskum, Yobe State.

The lawmaker said he was poised as a representative of the people to ensure their needs were met.

“I came to Potiskum to among other things, commission a school that I built for the benefit of the people of Arikime community.

“I gave the sum of N2.5 million to another school that does not have classrooms. They do not even have a place of their own, so, I decided to give them a token to support them.

READ ALSO: The 1999 constitution is a Rotten Egg in Nigeria, We need to Change it – SAN

“I was equally invited for the launching ceremony of the Central Mosque in Potiskum and I made a contribution on behalf of my family, friends and the people of my constituency of N20 million,” he said.

Hassan further disclosed that besides the projects already on ground, plans were underway to construct a knowledge centre to support the youth that have interest in furthering their education.

He stressed that the essence of the centre was to support the students to improve on their secondary school results to enable them gain admission into good institutions of higher learning within and outside the country.

He called for concerted effort by relevant stakeholders, to take the education system in the country to an enviable height.

The lawmaker decried the level of illiteracy among the people, adding that the sector like other sectors, required government and individual intervention.

“If you look at the educational standard of the people, particularly those from my constituency, you will realise that we are down the ladder.

“I therefore want to use this opportunity to call on the Federal Government to continue to support all programmes that will uplift the educational standard of the people.

“I also want to call on everyone who has the wherewithal to support the needy in the society.

“God has created us not just for ourselves, it is to continue to support those who require our support,` `he said.

On the 80-bed hospital he built for the people, Hassan commended the National Assembly for earmarking the sum of N400 million as take-off fund for the hospital in the 2017 Budget.

He said the provision was made following visit of the President of the Senate, Dr Bukola Saraki, chairmen of senate committees on appropriation and health as well as other lawmakers during the commissioning of the hospital.

On the abandonment of constituency projects, Hassan called for continuity to ensure sustainable development.

He said a lot of people do not understand what constituency project meant.

“There is this general misunderstanding that with constituency projects, monies are given to legislators to do whatever they want with. This is not true.

“As a representative of the people of Yobe South for instance, I know what my people want and all I need is to ensure that projects that will be of benefit to them are reflected in the budget.

“These projects are domiciled in the respective MDAs and they go through the approval process like other process of approval.

“That is why we always put pressure on the federal government to continue to make releases so that projects can be implemented.

“It doesn’t matter if today as a senator representing this senatorial district, I embark on constituency projects, I expect whoever succeeds me to continue with the project.

READ ALSO: Child Hawking is an Abuse of the Child’s Right – Stakeholders

“Same thing with the executive arm of government.

“Government is a continuum and whatever we are doing is for the benefit of our people because we are to represent them,’’ he said.

On the distribution of relief materials to victims of insurgency in the state, the lawmaker commended the federal government for ensuring that his constituency, which had been neglected was being considered.

He said “I went to the Acting President and made the case known to him.

“He graciously summoned a meeting where the Director General of the National Emergency Management Agency(NEMA) and senators from the three senatorial districts in my state were invited.

“I can confirm to you now that as a result of the meeting, we have started having positive response,” he said.