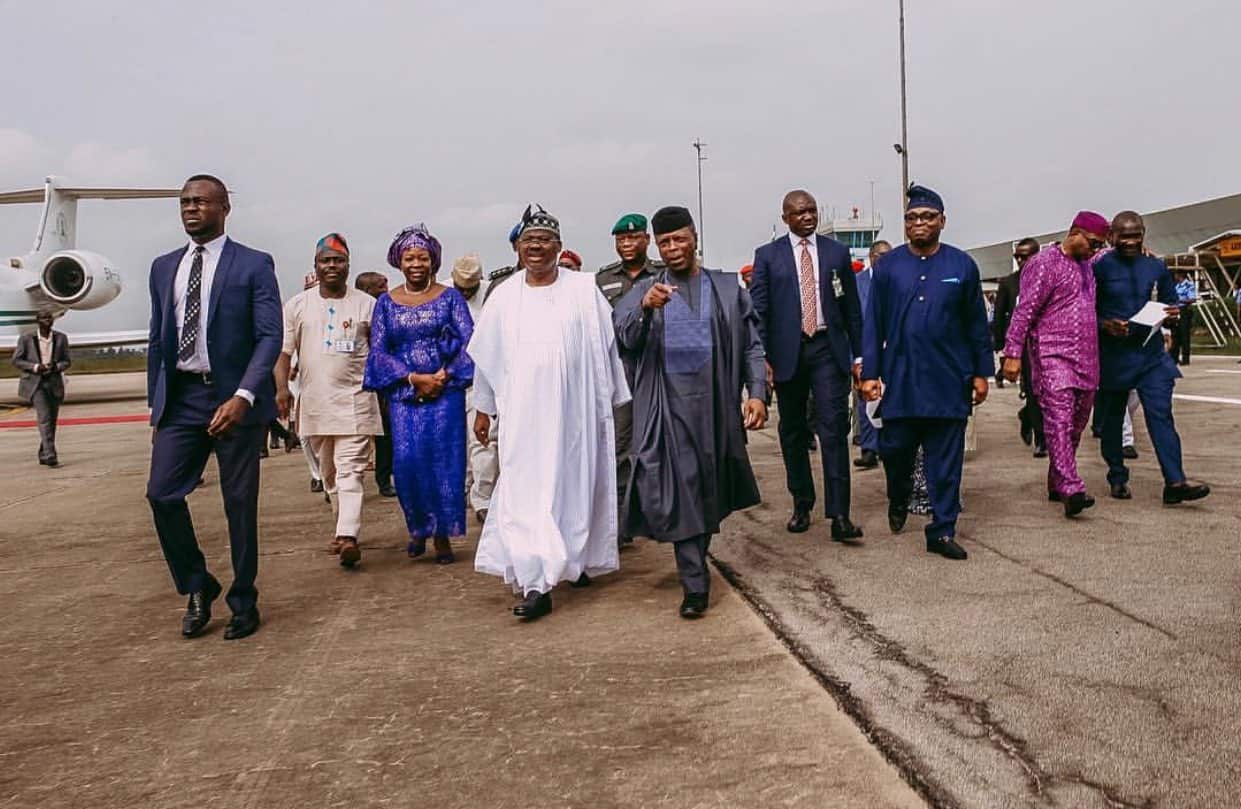 AgP Osinbajo now in Ila Orangun to commiserate with Chief Bisi Akande whose wife passed away Monday; dutiful mother of all & will be missed

Mrs. Akande died at the University College Hospital, Ibadan, on Tuesday after a brief illness at the age of 73.

She will be buried today 13th July 2017 at ila Orangun country home of Chief Bisi Akande. May her soul rest in peace Amen.”