The 45th and current President of the United States, Donald John Trump’s, net worth was reported to be a whooping $3.5 Billion at the beginning of the year 2017, but has reportedly dropped to $2.9 Billion.

The crash in his net worth can be linked with the under-performing office properties in New York City.

Before he became a politician, Trump started his career as an entrepreneur in the real estate development.

Trump reportedly kick started his career with “a small loan of one million dollars”($1,000,000) from his father. 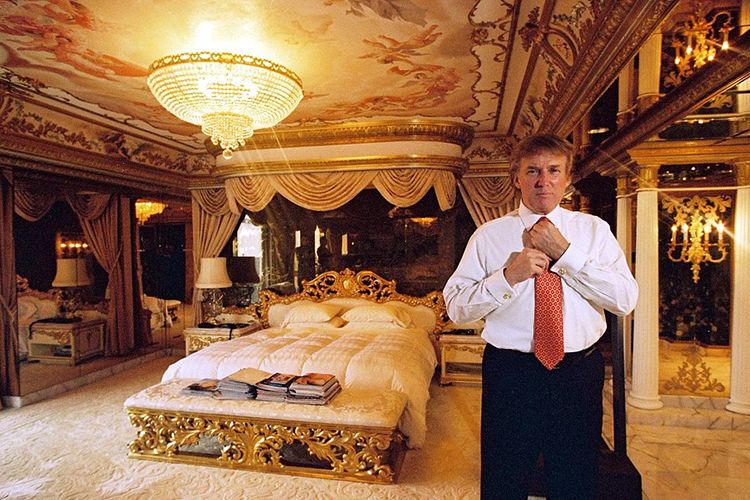 A Record of Trump’s Net worth Over The Years

Donald Trump was first ranked on Forbes List of wealthy personalities in 1982 when his net worth was estimated a $200 million fortune.

Trumps net worth experienced a massive boost in the the 1980s and he became a billionaire, he however lost presence on the Forbes list from 1990 to 1995 due to business losses.

Forbes rated Donald Trump’s net worth in 2017 to be $3.5 billion making him the 544th richest person in the world and 201st in the U.S.
Trump is believed to be one of the richest politicians in American history.

Since becoming President, Trump’s fortune, net worth, taxes, and business connections have been overshadowed with controversies.

An Estimate of Trump’s Asset and Net Worth

A Break Down of Trumps Assets and Their Worth