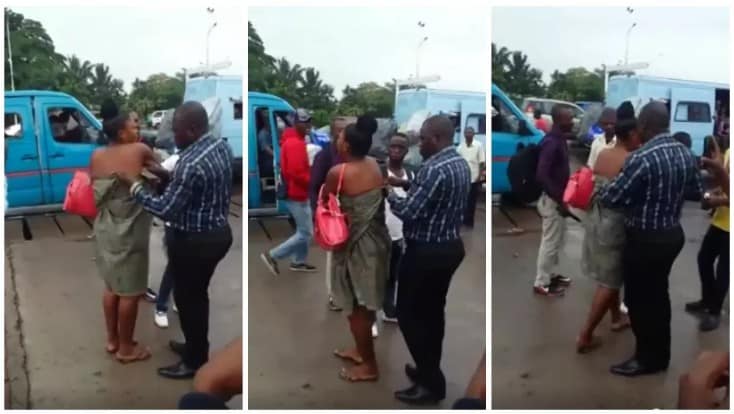 A man covering the woman up after she ran man

The pictures of a young and pretty lady has gone viral on the internet as she was seen walking ‘without her clothes’ on the main road, as people stared at her.
According to the video which was made available on Facebook by, Lizzy Solos, the was seen talking to herself as she on the road without her clothes, as her hair was neatly packed and she was seen carrying a pink handbag as well. 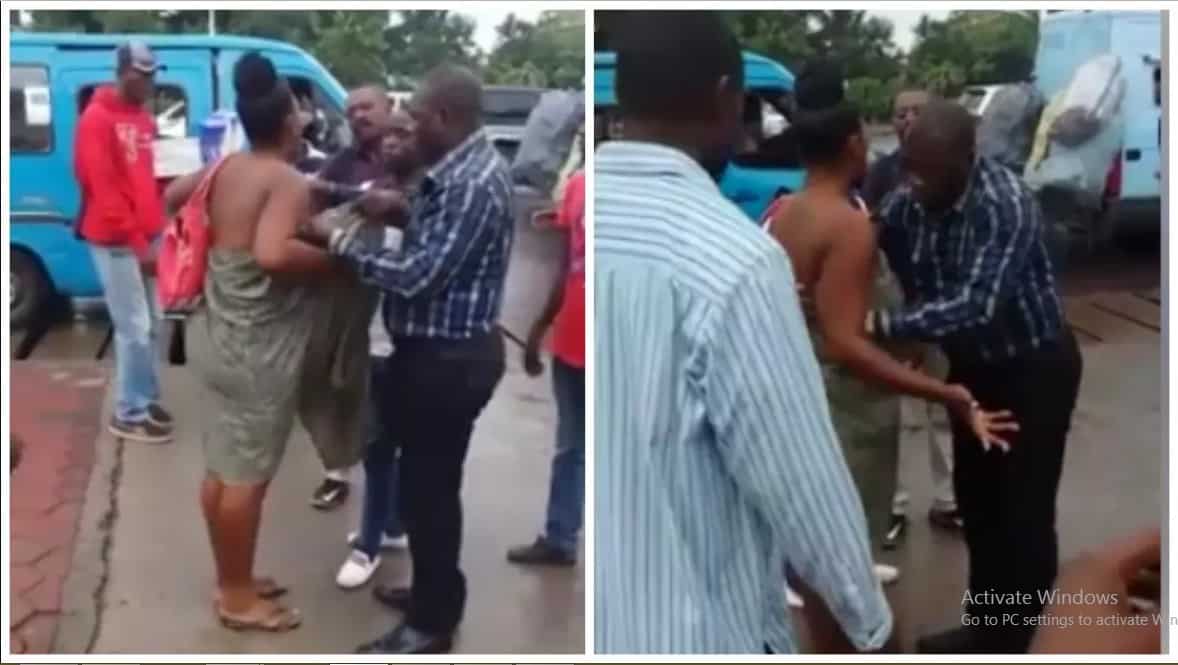 A man covering the woman up after she ran man

Lady covered with wrapper after she ran mad on the street
A Good Samaritan decided to show love to her, so he walked up to the young lady, as he wrapped a cloth around her to cover her ‘bare skin’.