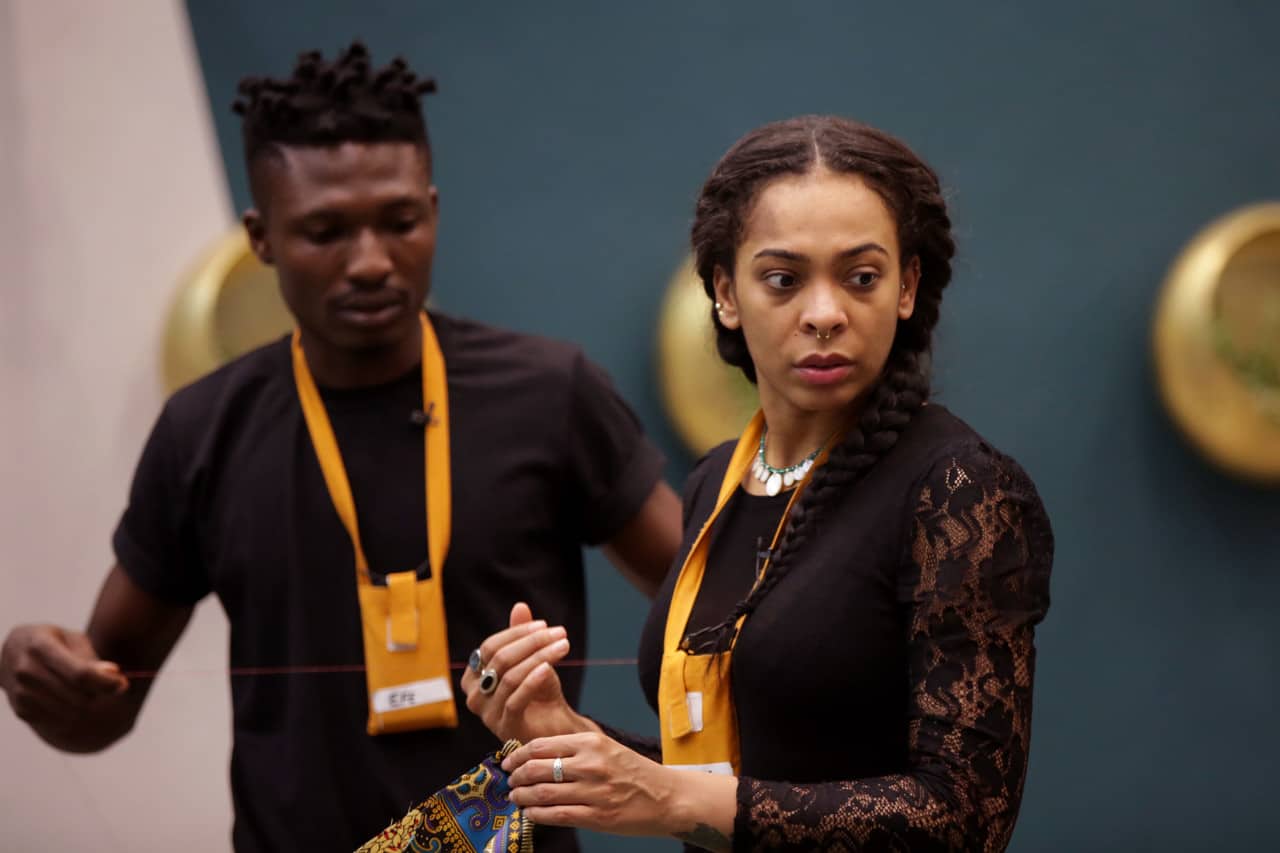 Soma and Miyonse on Sunday got evicted from Big brother Naija reality show while Efe was saved by the viewers.

Soma, Miyonse and Efe were put up for nomination by fellow housemates in the reality show during the week.

The eviction which was beamed live on DSTV cable network, became the end of the road for Soma and Miyonse, while Efe lives to fight another day in the Big Brother Naija House.

The housemate with the least votes from viewers and fans became eligible for eviction from the house.

However, in a dramatic twist, “Biggie” the man behind the voice of Big brother, decided that two out of the three housemates would be leaving the show.

Earlier in the first week of the show which commenced on Jan 22, a mock eviction was also staged.

Biggie had evicted Marvis and Tboss, to the dismay and shock of the other housemates.

There were mixed reactions from the housemates with some not able to control the shock and tears.

Marvis and Tboss later returned to the house.

Also, Ebuka, the host with instructions from Biggie, introduced two new housemates, Debbie-Rise and Bassey into the house.