A year after Hope, a two-year-old boy was thrown out for alleged witchcraft and rescued by Danish charity worker Anja Ringgren Loven, he has undergone a complete transformation.

Photos of an emaciated Hope went viral on the internet in February 2016, putting Nigeria in the spotlight, albeit negatively.

Following the emergence of the pictures, Loven looked for Hope, and found him after he had spent eight months on the streets; feeding and protecting himself. 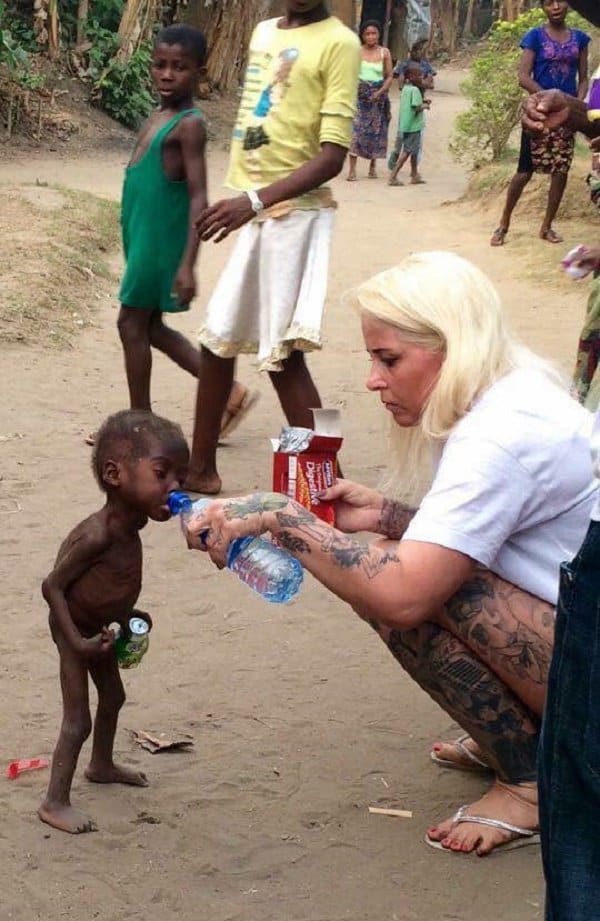 Hope back in the days

“I’ve seen much here in Nigeria over the last 3 years. I have spared you for many experiences when we’ve been on the rescue operations,” she had said.

“Thousands of children are being accused of being witches and we’ve both seen torture of children, dead children and frightened children. This footage shows why I fight. Why I sold everything I own.”

After rescuing him, Loven reached out to the public for funds to support his medical bills while giving regular updates about his condition on her Facebook page.

“He is in the hospital and you guys want to support Hope with medicine and hospital bills as you daily pay for hospitalisation here in Nigeria.

“We just got back from the hospital and Hope’s condition is now very stable. He gets blood transfusion every day so he can receive red blood cells. He has many worms in his stool. The worms giving him some pain.

“Hope is getting so much better. Already gaining a lot of weight and looking so much healthier. Now we only need him to talk. But that will come naturally when he is out of the hospital and starting his life among all our children,” she had written.

To celebrate his recovery, Loven recently posted before and after photographs of her holding a bottle of water to his mouth.

She wrote: “On the 30th of January 2016 I went on a rescue mission with David Emmanuel Umem, Nsidibe Orok and our Nigerian team,” she wrote on Facebook.

“A rescue mission that went viral, and today it’s exactly one year ago the world came to know a young little boy called Hope. This week Hope will start school.”

In the recent picture, a healthy looking Hope can be seen in a school uniform, like a regular kid.

The ostracised witch child had, in just a year, become a normal, school going boy.

Loven is the founder of African Children’s Aid Education and Development Foundation, which she started three years ago to rescue children who have been tagged witches and neglected by their family and community.