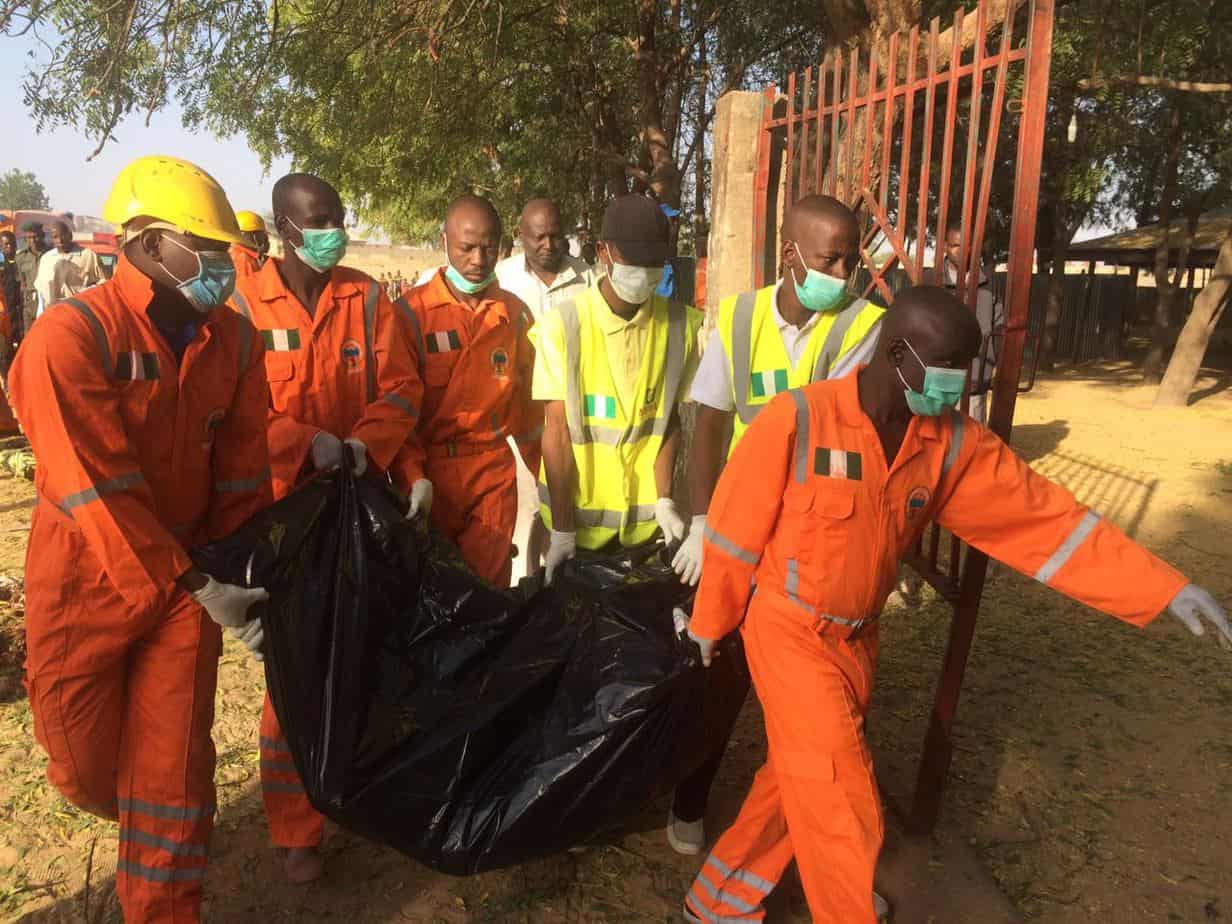 A male suicide bomber was killed today alongside a civilian JTF  in a failed suicide bomb attack in Dalori Quarters in Maiduguri.

It was gathered that the suicide bomber planned to attack a Mosque during morning prayer in the area.

According to Sani Datti, Head Media and Public Relations, NEMA, the corpses have been evacuated to Specialists Hospital Maiduguri.