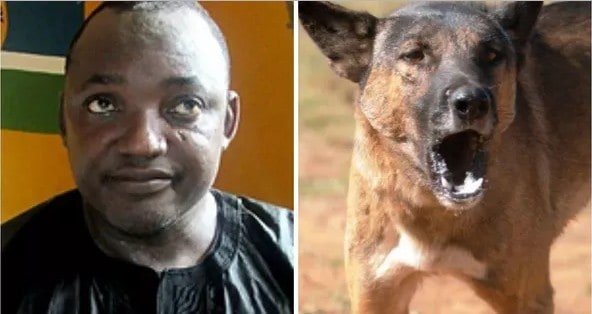 Adama Barrowthe  president-elect of Gambia, eight-year-old son died today after he was bitten by a dog.

According to BBC, Habibu Barrow was bitten by a dog on Sunday, January 15 and passed away on the way to the hospital at Manjai near Banjul

The young boy has already been buried although his father was not there as he is in Dakar, the capital of Senegal.