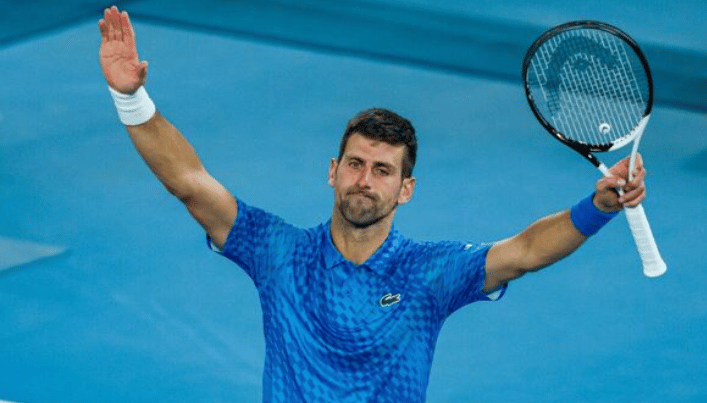 The record nine-time Australian Open champion, Novak Djokovic, advanced to the semifinals of the 2023 edition of the tournament after defeating fifth seed Andrey Rublev on Wednesday.

The fourth seed, whose left thigh was once more braced, will compete against American Tommy Paul on Friday.

The 25-year-old Paul made it to his first major semifinal by stopping Ben Shelton’s surprising surge.

Djokovic, a former world number one, is the favorite to win the competition as he aims to win a record-tying 22nd Grand Slam. He is the only major champion left in the men’s quarterfinals.

In the other semi-final, also on Friday, Russian Karen Khachanov will take on third-seeded Greek Stefanos Tsitsipas.

Paul, the first American men’s semi-finalist at the Australian Open since 2009, advanced past round three at Melbourne Park for the first time and reached the fourth round of a major tournament at Wimbledon last year.

However, he went on to extend his best Slam run ever against the powerfully serving world number 89 Shelton, who was attempting to become just the fourth player in the Open era to make it to a semi-final in both of his first two Grand Slam appearances.