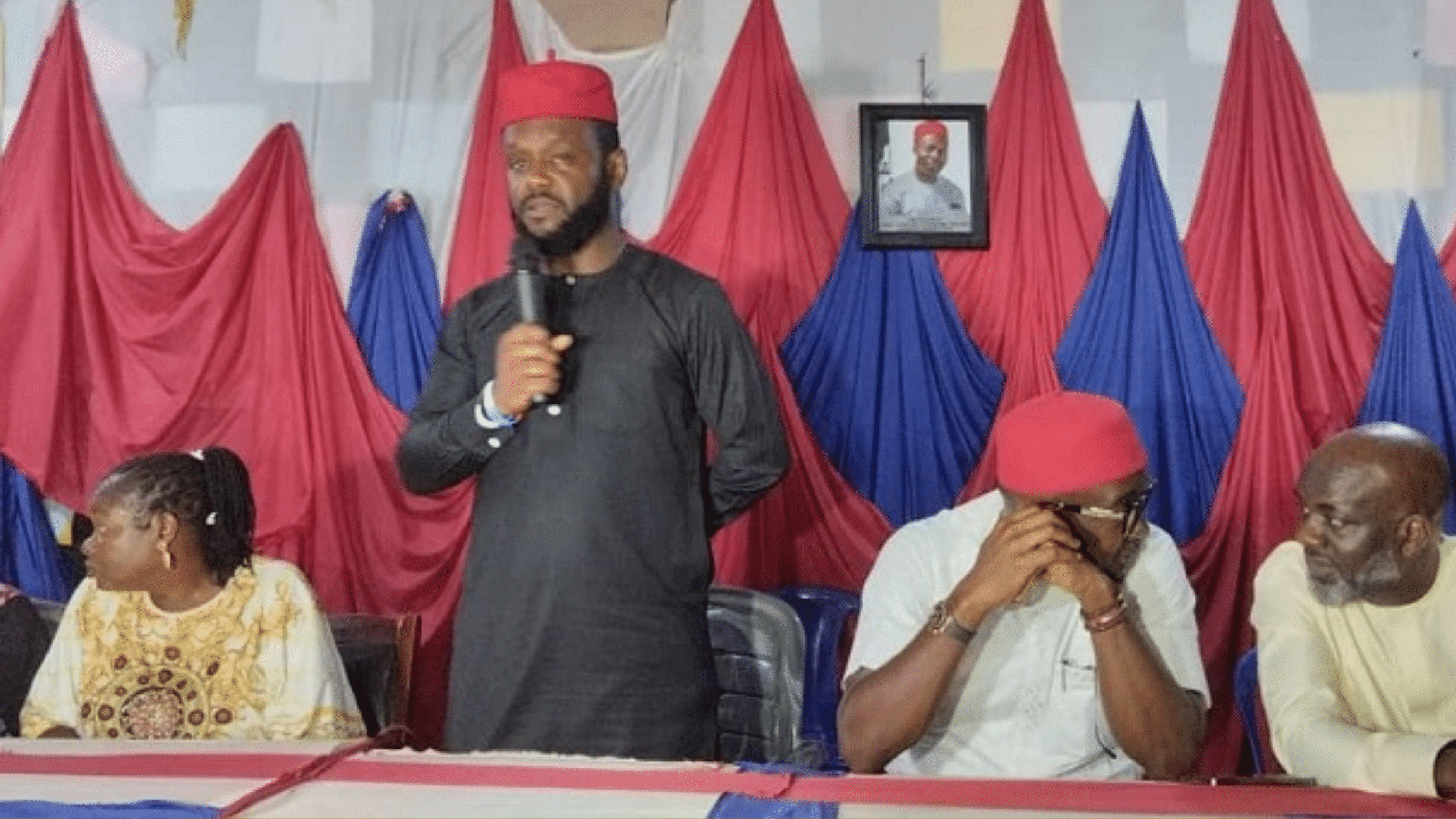 Son of the presidential candidate of the All Progressives Congress (APC), Seyi Tinubu has begged electorates in Anambra State to vote for his father at the forthcoming polls.

According to him, he is appealing to Ndigbo and the Igbo region at large to vote for his father, the APC flag bearer, Bola Tinubu at next month’s election because he is married to an Igbo lady.

Seyi Tinubu, as gathered by Naija News made the passionate appeal on Tuesday when he visited Anambra State to canvass for support for his father.

He said electorates in the state should vote for his father because he has good intentions and also the good of the people at heart.

Seyi Tinubu, who was conferred with a Chieftancy title of Nwannedinamba by the traditional ruler of the Mbaukwu kingdom, Igwe Peter Anukwui, in the Awka South Local Government Area of the state earlier at the Nigeria Union of Journalists (NUJ) Press Centre in Awka assured electorates that his father is up to the task of ruling the country into prosperity.

He stated that “Bola Ahmed Tinubu has the experience, tolerance and capacity to change the fortunes of Nigeria for the best.

“Everyone has acknowledged that his core strength is his vision for peace, progress and economic development.

“He also has a penchant for discovering, nurturing and empowering talent. Testimonies abound across Nigeria, Igbos, Yorubas, Fulanis, Efiks, Ibibios, Hausas and all the other tribes.

“So I am appealing to Ndi-Anambra and the Igbo region at large to vote for my father because I married an Igbo lady.”

The Anambra State Chairman of the NUJ, Dr Odogwu Emeka Odogwu, who was represented by his Vice, Mrs Ngozi Obileri, at the conference, assured Seyi Tinubu of the union’s readiness in reporting issues that will sustain the already existing peace and unity and oneness of the country.

Along with him on the visit were former Chief of Protocol and Deputy Chief of Staff to Governor Willie Obiano of Anambra State, Uzuegbunam Okagbue, APC youth leaders and supporters in the State.