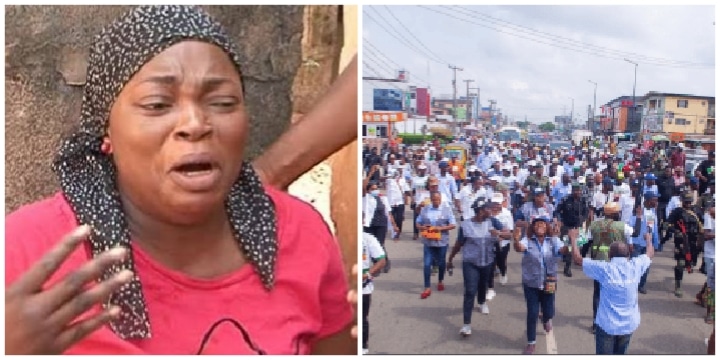 The governorship candidate of Peoples Democratic Party (PDP) in Lagos, Abdul-Azeez Adediran popularly known as Jandor, has said that thugs chased his deputy, Funke Akindele out of Ketu fruit market, while one of his supporters was also stabbed on Tuesday.

Jandor stated that Funke had to hurriedly leave the campaign after she was chased by hoodlums in market. But Adediran’s campaign train moved round some streets in the council.

Reacting to the incident during a meeting with council of Chief Imam at the Ketu Central Mosque in Kosofe Local Government area, Jandor condemned the incessant attacks on his campaign train by political thugs.

He confirmed that his campaign train had come under attack in the council and armed thugs had stabbed one member of his security team.

Adediran stated that his convoy has been under various attacks after he kicked off his tour to 245 wards on Oct. 19, 2022, adding that some of his followers including journalists have been injured.

According to him, his resolve to relieve residents of the state of their numerous pains and to bring in breath of fresh air is unstoppable.

He said the chasing out of his running mate from of Kosofe Fruit market was not healthy for democracy in the country.