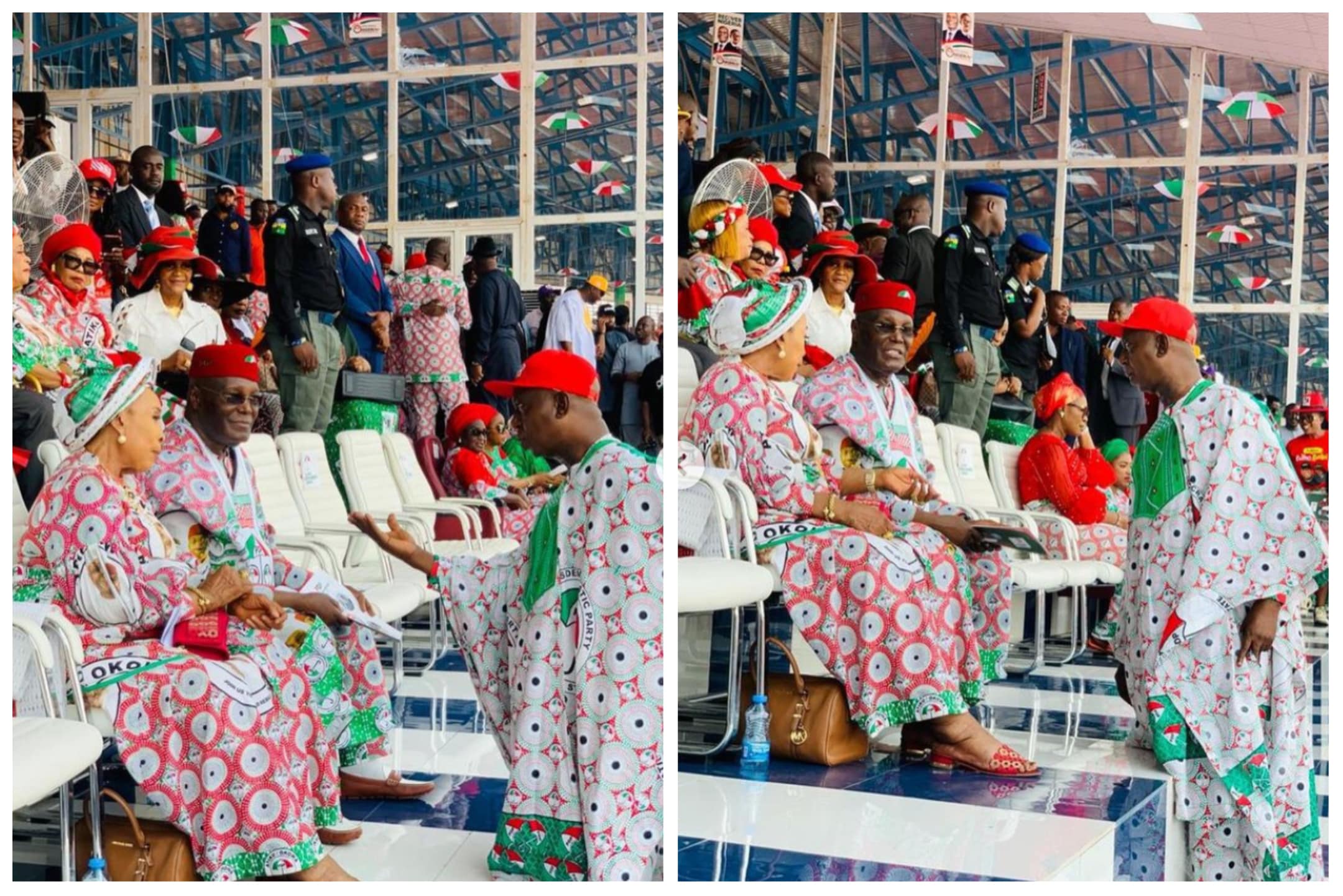 Naija News reports that Ned took to his Instagram page to share photos of him kneeling before Atiku and his wife, during the PDP presidential campaign rally in Delta State on Tuesday (today).

Ned Nwoko described Atiku as a good man, humble, and a true Muslim.

According to the billionaire, he and his late friend, Bala Kaoje, persuaded Atiku not to contest for presidential election against his boss and former President, Olusegun Obasanjo, 20 years ago despite the pressure from some PDP governors at the time.

He said: “Even though today was a pdp rally, it was an opportunity to reminisce with our incoming president on what happened over 20 years ago when myself and my late friend Bala Kaoje met with the then VP to persuade him not to contest against his boss and how humble he was with his response that as a true muslim, he will support OBJ for his re-election despite the enormous pressure from the then PDP governors to contest against OBJ. He is indeed a good man.”

Tinubu Is Fit, Not Preparing For the Olympics

Speaking on Monday night in Lagos at a banquet held in honour of President Muhammadu Buhari who was in the state for a two-day visit, Shettima said he and his principal are aiming for an office and not preparing for the Olympics.

Shettima asserted that the fixation on Tinubu’s age and health is “mischievous”, saying that they are preparing for governance that “thrives on superior ideas”.

He said, “There’s this mischievous fixation on Asiwaju’s health and age. We are not asking Nigerians to turn down critical assessments of their leaders but we direct them to look at the larger picture.