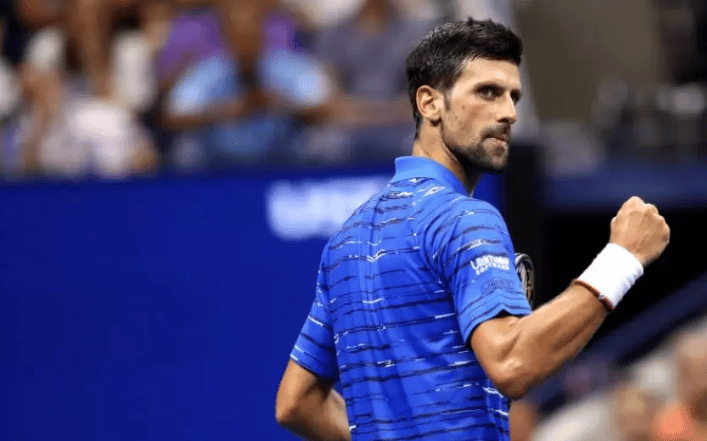 As he pursued a record-extending 10th men’s title at the Australian Open, Novak Djokovic defeated Alex de Minaur with ease.

The victory over De Minaur has booked the fourth seed a place in the quarter-finals where he will face Russian Andrey Rublev.

Fifth-seeded Rublev defeated Holger Rune of Denmark by saving two match points and coming back from 5-0 down in the third-set tie-break.

The 25-year-old learned later on Monday that he would play Djokovic after the former world number one had knocked out the 22nd seed De Minaur.

De Minaur was unable to handle Djokovic’s calibre and accuracy from the baseline, and he was the final Australian to lose in the singles.

When the two meet on Wednesday, Rublev ought to provide Djokovic with a more rigorous evaluation of both his physical condition and his remarkable track record at Melbourne Park.

Naija News recalls that Djokovic requested medical attention during a medical timeout while winning his third-round match against Bulgaria’s Grigor Dimitrov. He has been wearing strapping to protect against a hamstring injury throughout the competition.

Nevertheless, in a confident victory over De Minaur that took two hours and six minutes, he moved smoothly despite the worries of his fans.

After the game, Novak Djokovic said: “I kept my focus all the way through to play my best match of this year so far.

“Tonight it wasn’t obvious I was dealing with an injury. I didn’t feel anything today, today was great.”

In 2022, Djokovic famously skipped the tournament due to a controversy over the status of his Covid-19 vaccination which resulted in court appearances and his eventual deportation.

He picked up where he left off at the Australian Open, extending his winning streak there to 26 games after his return.

Djokovic is aiming for a record-tying 22nd men’s Grand Slam championship in addition to his 10th Australian Open victory.