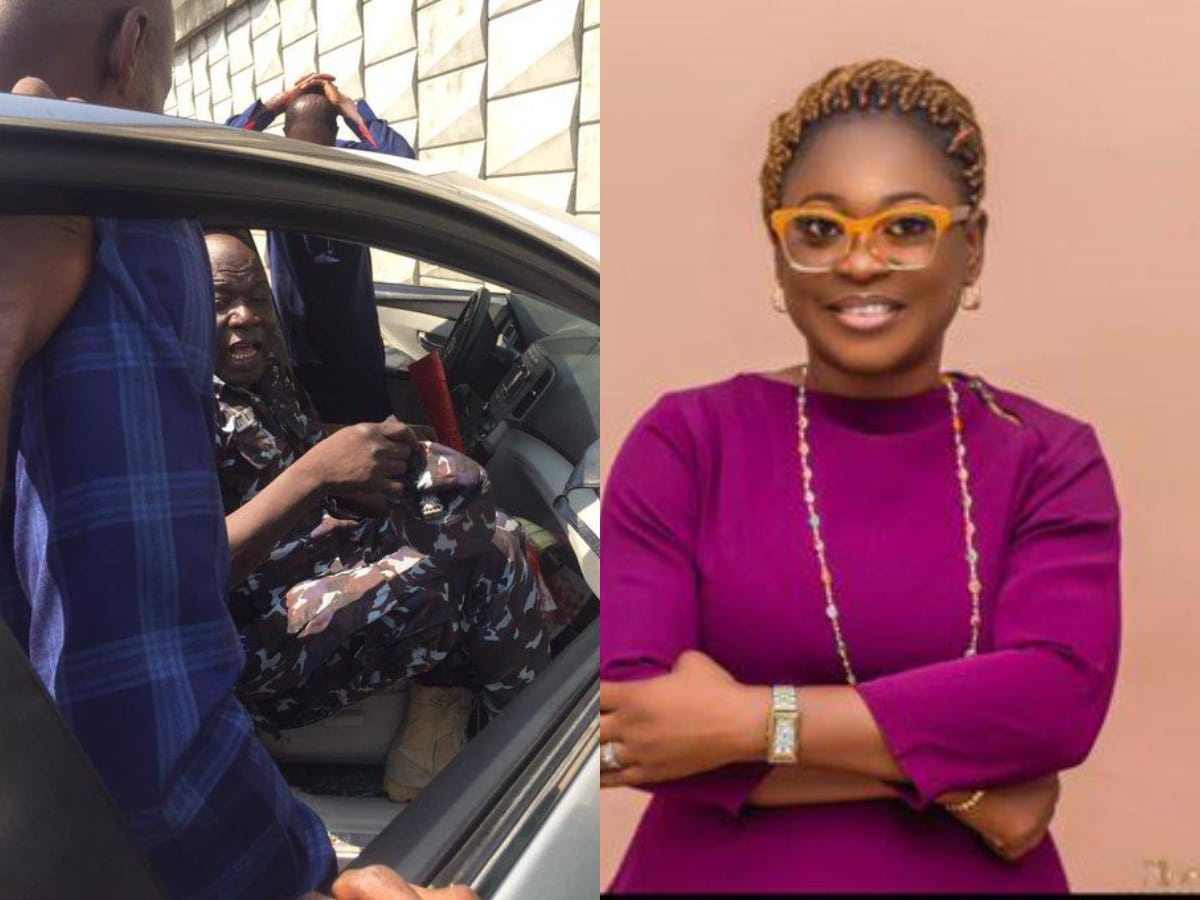 The pervasive outrage that trailed the gruesome murder of Lagos-based lawyer, Bolanle Raheem is reminiscent of protestations and demonstrations that greeted the killing of George Floyd in the United States. In May 2020, footage emerged of a police officer named Derek Chauvin, kneeling on the neck of Floyd which led to him being asphyxiated to death. This cruelty sparked Black Lives Matter protests in major cities of the world. Perhaps, if not that there had been the debilitating #EndSARS protest in October 2020, the anger over how Mrs. Raheem was killed would have provoked one. Given the rage and condemnation that has since trailed the barbaric act, it is good to know that Nigerians have not lost their humanity after all.

Raheem, said to be seven-months pregnant with twins, was murdered in cold blood on Christmas Day barely two years after the #EndSARS nationwide protests against police brutality and extrajudicial killings in the country. She was reportedly shot by an Assistant Superintendent of Police, Drambi Vandi. The cop and his team, who are attached to the Ajiwe Police Station in the Ajah axis of Lagos State, were said to have tried to stop the car Raheem and her kin was riding in, while they were attempting to make a U-turn under the Ajah Bridge. The woman gave up the ghost after being rushed to the hospital.

Prominent Nigerians, including the top three presidential candidates, wasted no time in reacting to the sad incident, calling for a reform of the police. Nigeria’s President Muhammadu Buhari has also condemned the “heinous and senseless” murder of the lawyer and directed the police authorities to take “the strongest possible action” against the culprit. While condemning the killings, Lagos State Governor Babajide Sanwo-Olu pledged the state government’s “full cooperation” with the relevant authorities to ensure speedy justice in the matter. And in a letter to the Inspector-General of Police, signed by its acting chairman, Justice Clara Ogunbiyi (retd), the Police Service Commission granted approval for the immediate suspension of Vandi from duty.

The indignation that followed the death of the 41-year-old woman isn’t surprising given the harassment Nigerians have to put up with at the hands of police officers who are meant to protect them and are maintained by taxpayers. One would have thought that with the disbandment of the notorious SARS arm of the police, stories of this nature would be unheard of. Alas, the more things change the more they remain the same in this country. Less than three weeks ago, a police officer attached to the same Ajiwe Police Station was in the news for shooting dead a 31-year-old man identified as Gafaru Buraimoh of Land Estate, Ajah, Lagos. Nothing much was heard from this tragedy, amid other reports of misconduct leveled against the police and its officers.

The trigger-happy officer who is currently in the eye of the storm is not a greenhorn, having put in a whopping 33 years of service in the police! It’s disturbing that a policeman with such length of service would fragrantly fall short of the standard operating procedure and professional ethics of the Nigeria Police Force. If an officer of this calibre could be murderous with his service rifle, what should be expected from his subalterns? Also, if this has been Vandi’s temperament all along, who can tell the number of innocent lives he may have wasted before now and blamed on something else?

Thankfully, the deceased’s husband and others were around to capture the incident so it was impossible to manipulate evidence or cook up a story that would exculpate the culprits. Hence, this clear case of extrajudicial murder must remain in the spotlight until justice is served! It is bad enough that the Raheem family has to suffer this horrendous and heart-wrenching loss, treating the matter shabbily or miscarrying justice will only compound their sorrow. Only yesterday, the Lagos branch of the Nigeria Bar Association said “We have some suspicions about how this matter is being handled right now by the police.” Any hanky-panky with this issue is utterly unacceptable.

It is for this reason that Naija News welcomes the news that the Lagos State Government has filed a one-count charge of unlawful killing against Vandi for the murder of Bolanle Raheem. The charge sheet filed at the magistrate’s court sitting in Yaba, Lagos on Friday reads, “That you ASP DRAMBI VANDI (M) on the 25th day of December 2022 at Ajah Round About along Lekki-Epe Express Way, Lagos within the Lagos State Magisterial District unlawfully killed one OMOBOLANLE RAHEEM (F) by shooting the deceased in the chest contrary to Section 223 of the Criminal Law Ch. C17 Vol. 3 Laws of Lagos State, 2015”.

While sections 33 and 34 of the Revised 1999 Constitution still uphold the right to life and the dignity of the human person, ASP Vandi remains innocent until proven guilty. The Lagos State government has now beaten the Nigeria Police in charging the matter to court. This speedy arraignment was expected of the police even if it is to assuage the public angst and assure the citizenry that the force does not condone rogue behavior. Of what use is an orderly room trial that won’t show justice to have been done on a matter that touches a raw nerve in the society? We expect the police to take every opportunity to weed bag eggs from the system rather than seeking to offer them a soft landing. There is nothing in section 103 of the Police Act 2020 that precludes a police officer accused of committing a particular crime from being prosecuted or subjecting the prosecution or investigation of that officer to certain internal mechanisms of the police.

The speedy dispensation of justice should not even be an issue considering that a family has been robbed of a mother, wife, and daughter in whom were two unborn babies who would have been born with great destinies. Flash memories of life being snuffed out of this wife and mother will regrettably live with the husband and their children who were also in the car. The mother of the slain expectant lawyer recounted in tears how she hawked oranges to raise funds with which she trained Bolanle to become a lawyer. While we commiserate with them, Naija News calls for adequate psychological and emotional support to be accorded to this grieving family. Everything should be done to give the late Bolanle’s friends and family closure.

Enough of the indiscriminate killing of Nigerians by the same police who are meant to protect them. Only last year, the Centre for Democracy and Development (CDD) disclosed that security operatives killed over 13,000 people extrajudicially in Nigeria from 2011 to 2021. Perpetrators of this grave and heinous crime must be made to face the full wrath of the law. Naija News demands a sincere reform of the Nigeria Police Force which de-emphasizes coercion and promotes respect for human rights in policing the country.

We also demand an end to the system where thugs, cultists, and never-do-wells are recruited into the police force in the current patronage system. The corruption and nepotism that underline recruitment into the Force are what have brought the country to this sorry pass. Merit must be injected into the system while only police officers with the right training and temperament should be allowed to carry firearms. This newspaper categorically demands that periodic psychological and psychiatric evaluations of police operatives must now be entrenched in the system!