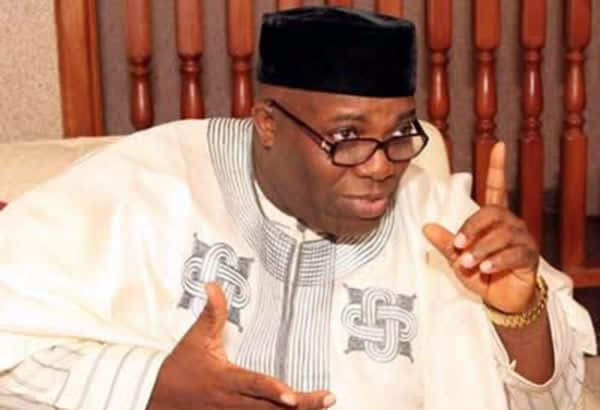 The National Secretariat of the Labour Party (LP) has nullified the suspension of the Director General of its Presidential Campaign, Dr. Doyin Okupe, by the Ogun State chapter of the party.

It also announced that the suspension of the other 10 members was null and void.

The National Secretary of the party, Alhaji Umar Farouk, announced the development at a media briefing in Abuja on Friday.

Farouk insisted that the Ogun State faction had acted outside it’s jurisdiction, adding that there are internal conflict resolutions used in solving disputes.

He said “It has come to the attention of the National Leadership of the Labour Party, LP that the Ogun State chapter of the party has purportedly suspended one of the party member who happens to be the Director General of the Presidential Campaign Committee.

“The Ogun state chapter has acted outside its constitutional Jurisdiction. The party has internal conflict resolution mechanism of handling cases against party members as enshrined in the party’s Constitution.”

The National secretary noted that Okupe still remains a card-carrying member of the LP and the DG of the PCC.

The party scribe explained that the national leadership was aware of attempts by members of the opposition in some political parties to infiltrate LP’s rank and file at all levels in order to cause disaffection.

He stated that this was happening because those in the opposition are now aware that the chances of the party and its candidates are becoming brighter by the day.

According to him, “It has become obvious the chances of Labour party’s Candidates emerging victorious in the up coming general elections is becoming brighter every day.

“The party leadership will do everything within its powers. To ensure that our cohesion is not tempered with and will not be distracted by the antics of the opposition as our candidates are already cruising to victory. Insha Allah.“