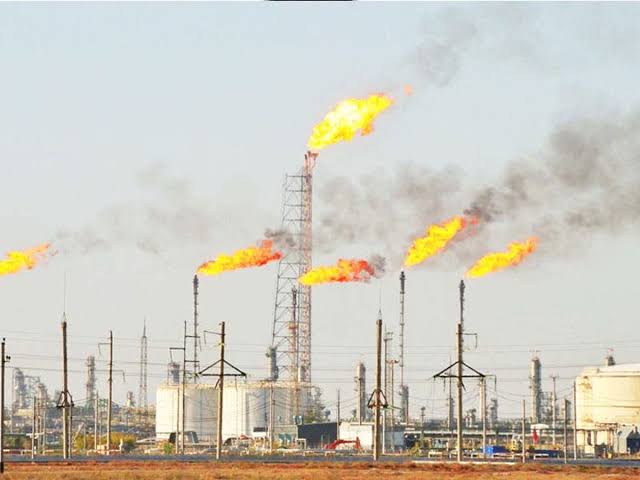 As part of efforts to harness the nation’s gas endowment, the Federal Government has listed 213 gas blocks open for investments.

Naija News learnt that the information contained in a report by the Nigerian Upstream Petroleum Regulatory Commission (NUPRC) reveals that the 213 identified gas blocks are located in various parts of the country including Chad.

Other locations of the listed gas blocks are in Niger Delta, Anambra, Benue Trough, Bida, Dahomey and Sokoto.

The NUPRC report, which is titled “Nigeria’s Cretaceous Basins: The Potentials for Gas,” also revealed that 69 of the listed gas blocks were discovered in the Niger Delta basin, 41 in Benue Trough, 40 in Chad, 28 in Sokoto, 17 in Bida 12 and six in Anambra and Dahomey respectively.

Recall that the Federal Government in April 2022 said Nigeria’s 206 Trillion Cubic Feet (TCF) of gas is now valued at $803.4 trillion, making the nation the most extensive gas resource in Africa.

Also, the government through the National Gas Expansion Programme, declared the years 2020 to 2030 the decade of gas, as the product has been identified to be the nation’s transitional fuel.

Naija News as well gathered that the Nigerian government already has 60 gas basins under the Oil Prospecting Licences, with 44 listed in the Niger Delta, five in Anambra, two in Benue Trough, six in Chad, and three in Dahomey.

The reports further revealed that 115 gas wells had also been allocated under Oil Mining Licenses, noting that 112 of this figure are located in the Niger Delta, while two are found in Anambra and one in Dahomey.

The NUPRC report observed that the nation’s cretaceous basins hold a promising future for the country’s oil and gas industry, as it offers a pathway for Nigeria to decarbonise while ensuring energy security.

It stated that exploration of the other cretaceous basins would further deepen and realise the potential for Nigeria to triple its gas reserves by 2050.

In his reaction to the revelation by the NUPRC report, a consultant on the DFID-funded Facility for Oil Sector Transformation, managed by the Oxford Policy Management, Dauda Garuba, told Punch that management of Nigeria’s revenue from its natural resources should be the topmost concern.

Garuba said “Gas is touted as the transition mineral. Nigeria is richer in gas than oil. I see much more to be discovered. However, we should be more concerned about the management of earnings from this.”

Meanwhile, reports available indicate that some industry experts have described the N834 trillion needed by the federal government to attain its net zero agenda as an ambitious one.

The ambitious target of the government to attain net zero emissions follows President Muhammadu Buhari’s pledge at the 2021 United Nations Climate Change Conference held in Glasgow, that Nigeria would attain net zero in 2060.

Naija News understands that the immediate past Director-General of the Lagos Chamber of Commerce and Industry (LCCI), Muda Yusuf, told Punch that “That is a tall one. Where will the money come from? That target is ambitious and aspirational but again, because we are looking at a long-term thing; we must not totally dismiss it.

“With what is happening globally, you can see that the pace of decarbonisation has slowed. Countries that are committed to a more aggressive push are going back to fossil fuels, looking for coal.

“I am not optimistic that raising such an amount will be easy. Then the commitment to the COP is also not too impressive and very weak. And if commitment is this low, how do you convince investors either in form of aid or whatever, to invest this kind of huge money? It’s going to be a tall order.”