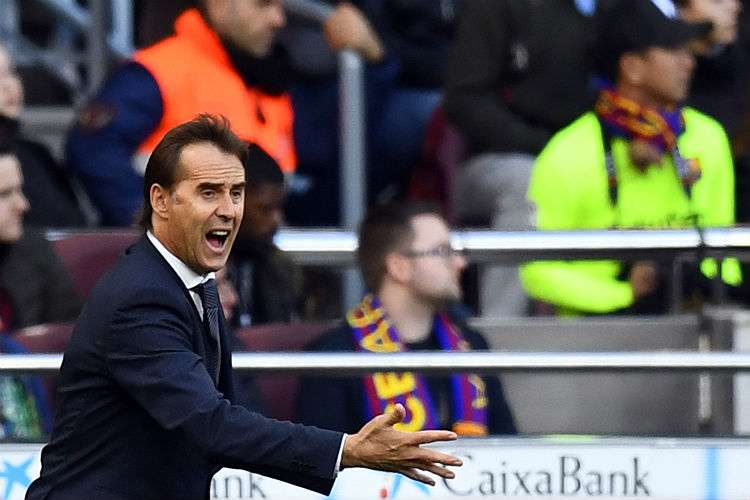 Sevilla boss, Julen Lopetegui, who is under pressure due to his side’s current poor form, may be given a second chance to lead Wolves.

The Coach who has an excellent track record coaching teams like Porto, Real Madrid, and Sevilla will be monitored by some Wolves personnel during tonight’s tough test against Borussia Dortmund.

According to reports, the English side has been handed a huge boost after Sevilla lined up Argentine coach Jorge Sampoli to replace the 56-year-old, should he be heading to England.

The La Liga team head coach, whose team is one point above the relegation zone after a poor start to the season, is under pressure from fans and management. Losing to Borussia Dortmund in Spain could mean his 170th game for the Spanish side ends on a tragic note.

Naija News understands that Lopetegui turned down the Premier League team in order to take the Sevilla Role. The club, according to reports are still interested in the Spaniard and this would greatly improve his chances of replacing Bruno Lage at Molineux.

However, according to reports, Wolves are not in a rush to name Lage’s replacement, as coaches Steve Davis and James Collins will preside over Saturday’s game at Chelsea.