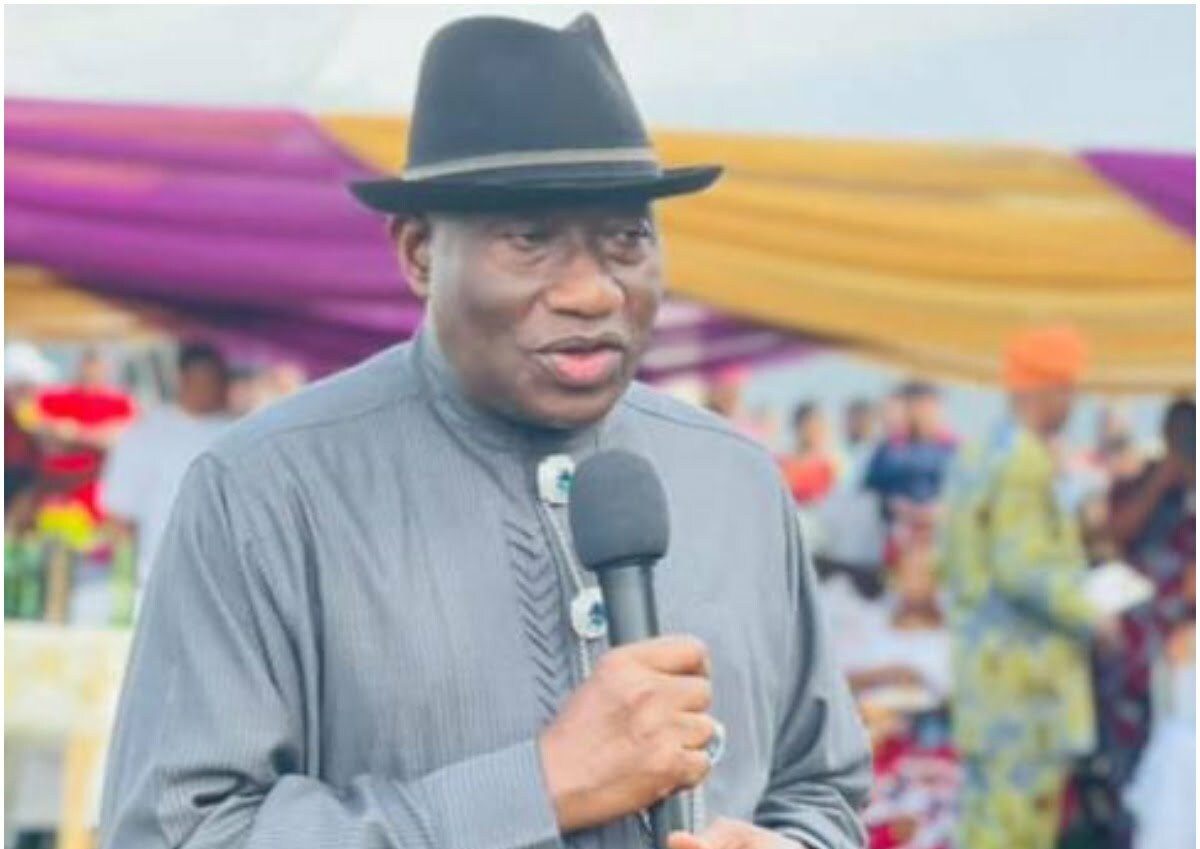 Jonathan who had earlier warned electorates against voting for killers in the forthcoming polls, on Thursday directed his admonitions to presidential candidates including Asiwaju Bola Ahmed Tinubu (All Progressives Congres, APC), Atiku Abubakar (Peoples Democratic Party, PDP), Labour Party’s Peter Obi and others.

The Bayelsa State-man tasked the political leaders to strive to make their campaigns issue-based, clean and violence-free.

Naija News understands that Jonathan gave the advisory during his virtual goodwill message read at the signing of the first National Peace Accord on the 2023 general elections which was attended by presidential candidates and their parties on Thursday in Abuja.

According to him, many African countries are making honest efforts to improve their elections and deepen the roots of democracy in their land, hence Nigeria also must seek to promote peace at all costs.

Jonathan insists that candidates, political promoters and their supporters must exercise restraint and also run their campaigns based on issues that affected Nigerians.

The former president’s statement reads: “We are at a critical stage in our national life where we have no choice but to promote national cohesion, love and hope in order to make the desired progress.

“We cannot afford to continue to play politics of bitterness and division along ethnic and religious lines. This is because such kind of politics portends great danger to our unity, growth and the sustenance of our democracy.

“We have to be mindful of the destructive impact of hate speech, fake news and mindless propaganda, especially in a clime where the fabric of unity and stability still needs to be strengthened.

“I charge the candidates, their promoters and supporters to exercise restraint and seek to run their campaigns based on issues that affect our people.”

Jonathan reiterated that political parties must, by all means, avoid needless attacks on personalities and the use of abusive language for those according to him are the elements that cause chaos and crisis during elections.

Jonathan stressed that political stability and the growth of democracy in any country were usually measured by the quality of elections.

“In this regard, we expect our democracy to be consolidated in such a way that our electoral processes will be seen to record incremental progress at the end of every election cycle.

“Unfortunately, this has not been the case, as there are signs of inconsistencies with the progress we make in our elections.

“As citizens of this great country, we all have the responsibility to redirect our steps, strive to work harder, and do the right things to avoid the stagnation of our democracy,” the former leader said.

Jonathan urged Nigeria to raise the bar in credible and transparent elections by ensuring that the country’s electoral processes were peaceful, free, and fair.

He added: “Since I left office in 2015, I have been involved in the process of promoting democracy across Africa.

“My experience as an election observer, having led observation missions to many countries, is that many African countries are working hard to improve their elections and deepen the roots of democracy in their land.

“Many of us will recall that elections held recently in Kenya, Ghana, and The Gambia and I am pleased that peaceful outcomes were recorded in those countries.

“ In 2023, I expect our country to raise the bar for credible and transparent elections by ensuring that our electoral processes are peaceful, free, and fair.“