A new poll has shown that the presidential candidate of the Labour Party (LP), Peter Obi, is leading other candidates in the race for the 2023 presidency.

Naija News reports that the poll was conducted on September 17, 2022, by a public advocacy group, We2Geda Foundation.

The poll also said Bola Tinubu of the All Progressives Congress (APC) ranked third in the voter preference poll with 19 percent.

“Further analysis also shows that Peter Obi remained a consistent favourite in the four major geopolitical zones including North-Central, South-South, South-West and South-East, while Alhaji Atiku Abubakar was the poll leader in the NorthEast and North-West zones,” the group said.

The group explained that Nigerians between 26 and 50 years constituted the highest number of respondents in a random survey with a total of 15,438 registered voters in 36 states and the Federal Capital Territory. 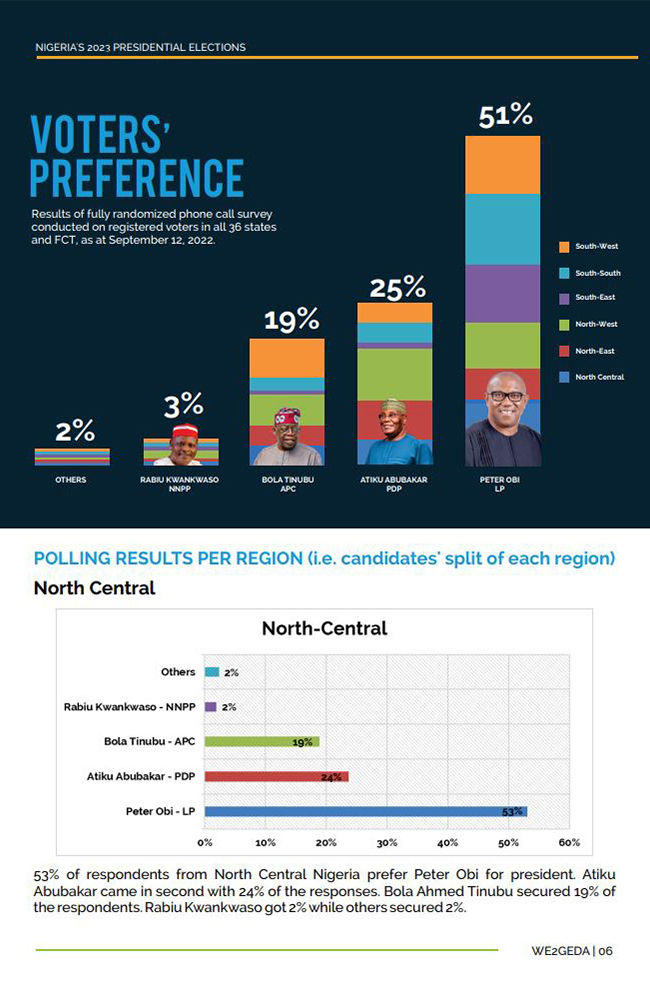 The new poll was released about two weeks after a pro-democracy group, Anap Foundation, published the result of its poll ahead of the 2023 election which it described as a three-horse race between Obi, Atiku and Tinubu.