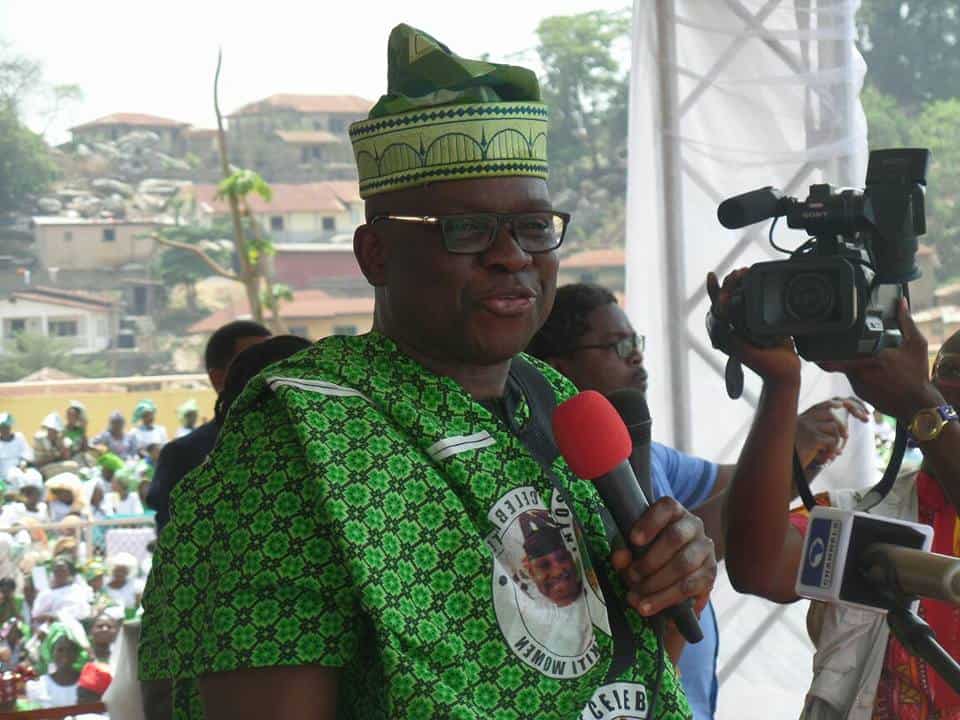 A former governor of Ekiti State, Ayo Fayose has called on angry members of the Peoples Democratic Party (PDP) to sheath their swords and allow peace reign.

The former presidential aspirant of the PDP made the call while speaking in Ado Ekiti at the party’s stakeholders’ meeting, Naija News gathered.

He urged members of the party in the South-West to maintain peace and unity so they could work together for the victory of all the party candidates in the 2023 general elections.

Naija News reports that Governor Nyesom Wike of Rivers State, a close ally of Fayose, and other governors have called on the National Chairman of the PDP, Dr Iyorchia Ayu, to immediately resign. They have called for Ayu’s resignation so as to allow a southerner lead the party during the 2023 general election.

But speaking at the meeting on Monday, Fayose told PDP members that they need to work together as a team for the success of the party’s presidential candidate, Atiku Abubakar; National Assembly; and State House of Assembly candidates in the 2023 general elections.

Fayose said, “Therefore, I am appealing to those who are angry to stop being angry. Those who are fighting should stop fighting. Let us face the 2023 elections together and win first. After that, we can resume the fight.

“A lot has been said, but as I have said many times, let me state it here expressly again that I will never join the All Progressives Congress for whatever reason.

“Also, we have senatorial, House of Representatives and House of Assembly candidates here. Among them is my biological son, Joju and others who are my political sons and daughters. My interest is that all these candidates should win elections.”

Also speaking at the meeting, the PDP governorship candidate in the June 18 election, Bisi Kolawole thanked members for support during the poll.

He stated that, “although we lost, I am still grateful to the party for the opportunity and I wish to urge all the party stakeholders to close ranks so that together, we will rise again.”