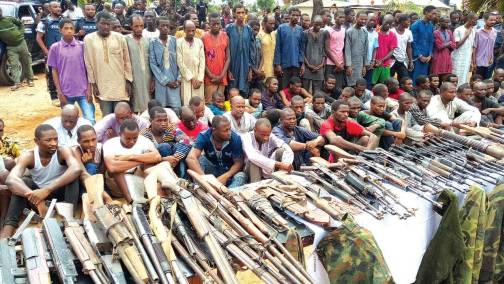 A new report by a security and political research firm in Lagos shows that about ₦653.7 million was paid as ransom in a year between July 2021 and June 2022 to release those who were kidnapped.

A report titled ‘The Economics of Nigeria’s Kidnap Industry’, conducted by SBM Intelligence and published in August detailed Nigeria’s security issues including the problem of incidents of banditry and the costs associated with kidnapping for ransom.

The report said that at least 500 abduction cases were recorded and 3,420 people were kidnapped across Nigeria, while 564 others were killed in the violence.

Research has confirmed that, in the first six months of this year alone, at least 2,539 people have been kidnapped in the country, and huge ransoms have been paid by the public.

The security report also stated that ₦6.531 billion ($9.9 million) was requested as ransom in the year but ₦653.7 million ($1.2 million dollars) was paid as ransom for the release of the abducted persons.