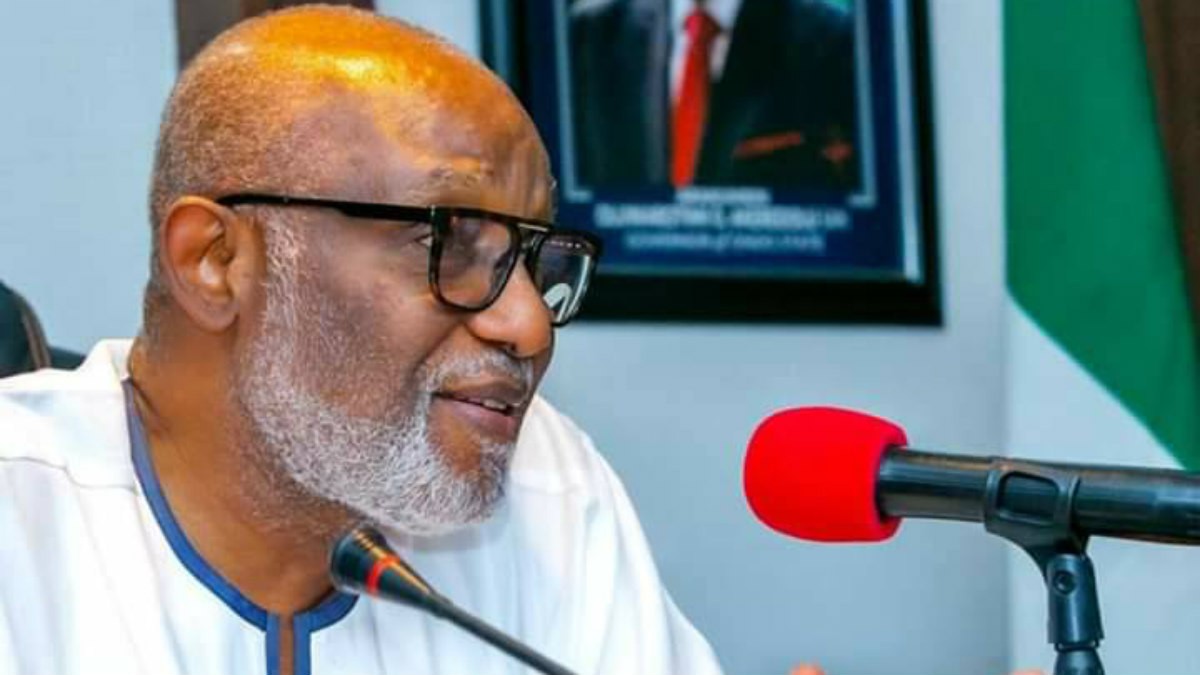 Governor Rotimi Akeredolu of Ondo State has expressed worry over the attack on the advance convoy of President Muhammadu Buhari on Tuesday evening.

Naija News had reported that terrorists attacked the President’s advance team convoy near Dutsinma, Katsina State ahead of President Buhari’s trip to Daura for Sallah.

Reacting, Akeredolu said the attack on President Buhari’s convoy in his home state was daring and worrisome, stressing that the security situation in the country has deteriorated.

The governor stated this on Wednesday while playing host to his former schoolmates at Loyola College, Ibadan (1968/1972) set at his office in Akure, the state capital.

Akeredolu said that the country’s security challenges have gone beyond Fulani herdsmen to the menace of bandits and ISWAP, hence his call for state police.

The governor stated that the call for state police is a response to the current state of the nation’s security.

He said: “We governors in the South-west met and we are still more than convinced that there is no solution other than state police. The truth is that we will be prepared to protect ourselves and die in the process more than other people from outside. We can only protect ourselves better.

“For me, state police is not for self-aggrandizement. It is a reality of the time. For us in the south and even in the north, I know so many of them that have come to accept that a single command of police is not good for this country. This country is too big.

“We will continue to make our voice heard everywhere. We are almost there. We are licking our wounds here over the June 5 attack in Owo. It is a serious wound. We will never forget. We are putting together a memorial in a conspicuous place in Owo.”