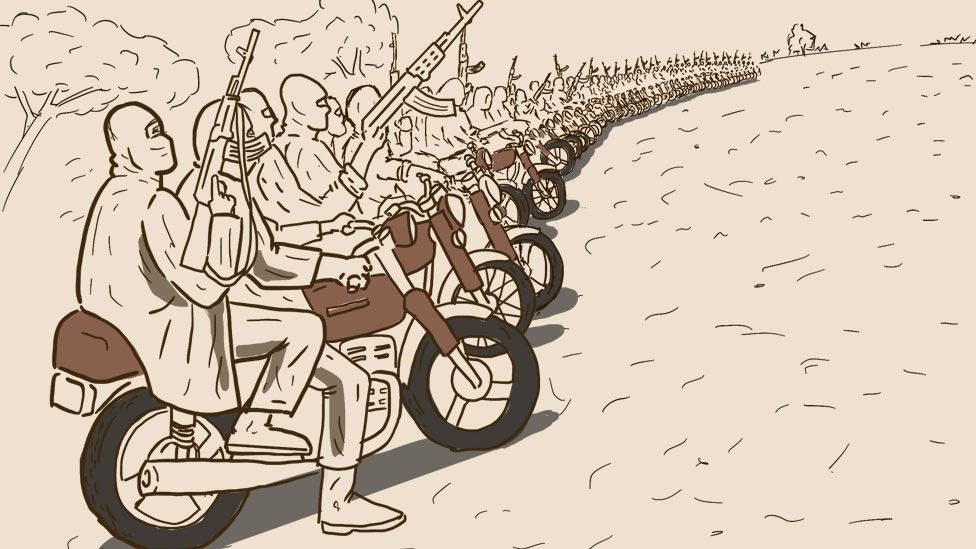 At least sixteen people were reportedly abducted in Kaduna State on Tuesday when bandits invaded the Sabon Gero area.

The assailants according to reports, stormed the community located in the Chikun Local Government Area of the state at about 10 PM riding on motorcycles and began to shoot aimlessly at residents, killing a joint task force commander in the process.

Naija News understands that among those abducted in the invasion is also a medical doctor.

A resident who gave a hint of the situation while conversing with the Daily Post said the armed bandits shot sporadically, scaring the residents before abducting their victims.

He said the late JTF commander had confronted the bandits upon sighting them, not knowing that the bandits had closed in on his team.

“The bandits opened fire and hit the commander in his legs and he fell. They then shot him in the head, shattering his skull. A resident, who was hit by bullets, died on his way to a hospital,” the media platform quoted the source as saying.

Naija News learnt that the remains of the commander were later buried in accordance with Islamic rites.

The situation according to the source would have been worse but for the quick intervention of neighbouring communities, who mobilised and chased away the bandits.

However, the State Police Public Relations Officer, Deputy Superintendent of Police, Mohammed Jalige reportedly could not respond to a call put on his phone to confirm the incident.

Naija News learnt that the medical personnel and a yet-to-be-confirmed number of citizens were kidnapped along the Dansadau-Magami road last Saturday, June 25, 2022.

The development was confirmed to newsmen on Tuesday (yesterday) by the state chapter of the Nigeria Medical Association (NMA).

The report said that Mansur is the Director-General of Dansadau General Hospital.

Reporting his abduction, NMA berated the security status of the state, urging the Federal and the State governments to rise up to the disturbing situations in the country.