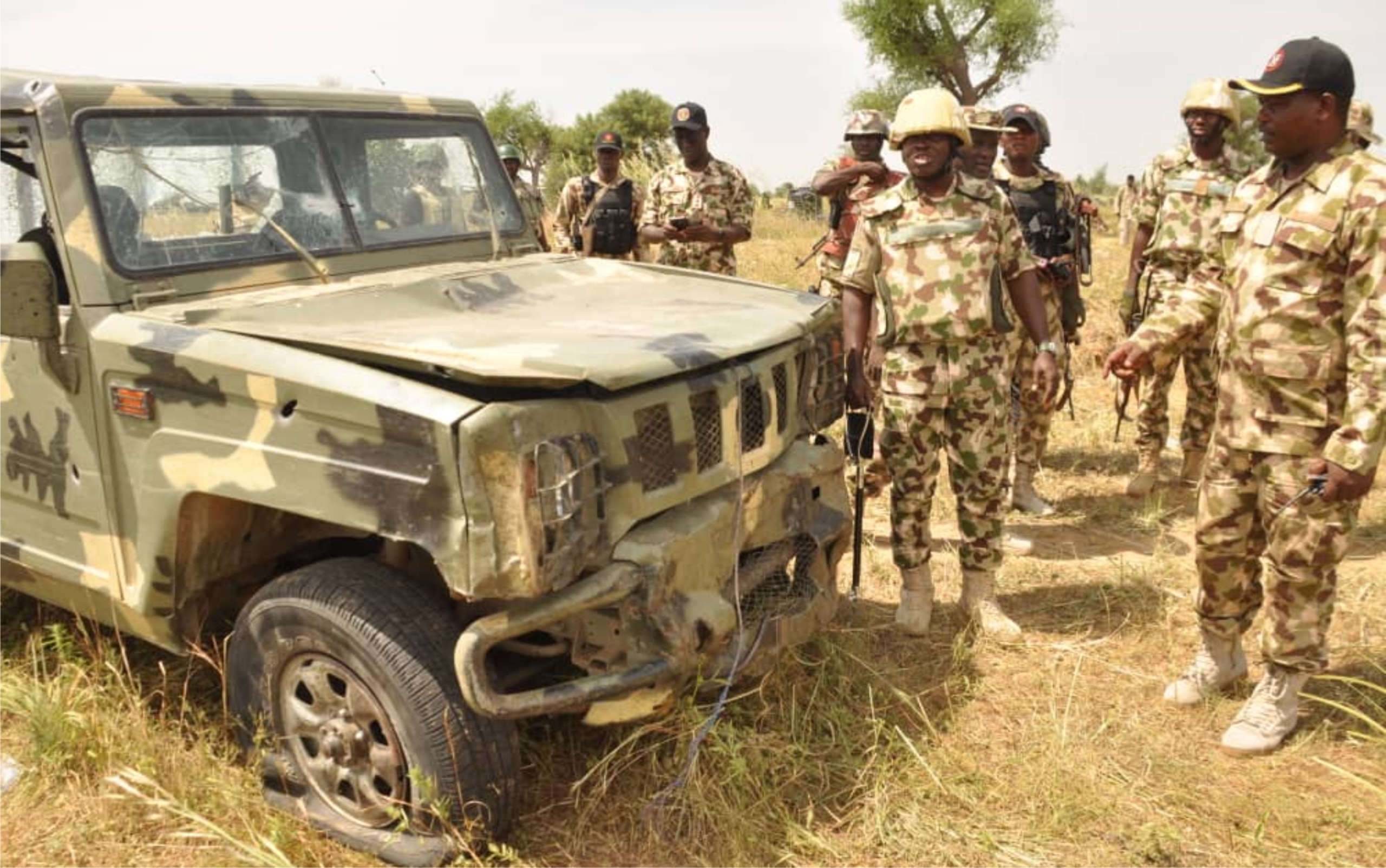 Gunmen suspected to be terrorists have killed an army major in an ambush in Niger State.

Reports reaching Naija News on Friday has it that the terrorists ambushed a military convoy belonging to the Nigerian Military School (NMS) and Training and Doctrine Command (TRADOC) along Rijiyan Daji, between Mariga and Kontagora Local government area of the state.

It was gathered that the incident happened last Wednesday when the convoy was headed towards Kontagora. Till the reporting time, an officer was still missing as there is suspicion that the terrorist may have kidnapped him during the ambush.

Three other officers were said to have sustained gunshot wounds as a result of the exchange of gunfire with the terrorists.  The deceased officer, who was conscious after the attack, gave up the ghost after he was rushed to a nearby general hospital in Kontagora, another local government in the state.

Naija News learnt that the terrorists also set ablaze a Toyota hilux escort van belonging to the military and carted away sophisticated weapons.

Premium Times quoted a military source as saying that search and rescue efforts are currently being made for the missing officer.

Efforts to speak with the Army spokesperson, Onyema Nwachukwu, on the incident were unsuccessful.