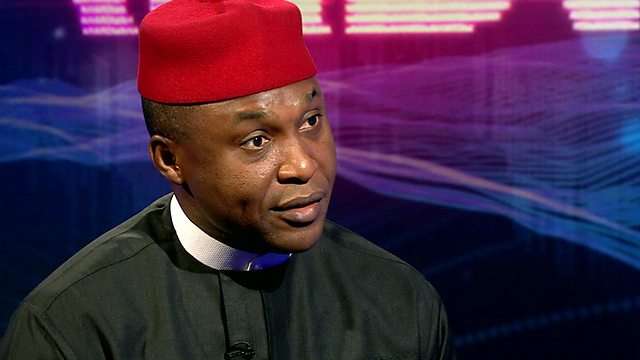 A former minister of Aviation, Osita Chidoka has called on politicians in the South-East to align with another region in the next four to eight years to produce the next president of Nigeria.

The chieftain of the Peoples Democratic Party (PDP) on Thursday noted that the votes of people from the South-East alone can not produce a president without support from another region.

Chidoka stated this during an interview on Channels TV on Thursday.

He further stated that the South-East would continue to recalibrate its presence and continue to push for the presidency in PDP.

Chidoka while speaking on the call for power to shift to the South-East said, “What I think the South-East is going to be doing is recalibrate our presence in the PDP and continue our strong push for a president from the South-East.

“So, I think we have four to eight years between us and the presidency. We need a strong candidate.

“We need to continue building on what we have gained already. We need to build ourselves up to be able to present that candidate that would tell the country ‘It is our turn’.

“We hope that that candidate will be able to elicit votes from other parts of the country because South-East votes are not going to make as president.

“No matter how many South-East votes we get for ourselves, we need to convince the rest of the country to support our aspirations.”