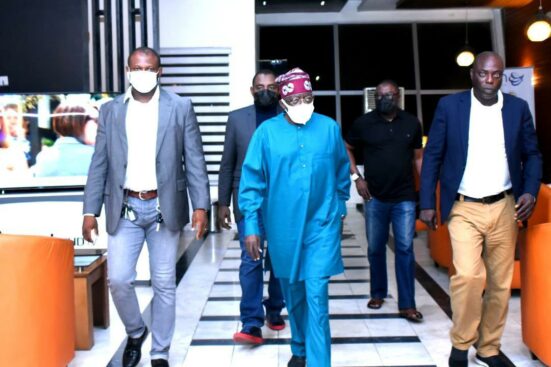 Stakeholders in the All Progressives Congress (APC) have reportedly zeroed in on former governor of Borno State, Kashim Shettima as the ideal candidate to run alongside Asiwaju Bola Ahmed Tinubu.

Multiple sources revealed that Shettima would be picked as running mate to Bola Ahmed Tinubu, barring any last meet change.

According to Vanguard, Tinubu has settled for a Muslim-Muslim ticket for the 2023 presidential election.

One of the source also dismissed the possibility of Tinubu selecting Governor Simon Lalong of Plateau State, who is a Christian.

Naija News reports that Lalong is a staunch ally of former Minister of Transportation, Rotimi Amaechi, who contested for the APC presidential ticket against Tinubu.

“Some people are the ones toying with the idea. He (Tinubu) cannot run with Simon Lalong,” the source said.

He stated that Shettima who knew Tinubu’s ambition and who was his campaign director-general for the primary, is favoured by those close to the APC presidential candidate.

“The likes of Boss Mustapha are also being mentioned. Shettima remains the top choice.”

Meanwhile, Naija News had earlier reported that the Director-General of Ganduje’s Support Group, Suleiman Magaji had claimed that Governor Abdullahi Ganduje has been picked a Tinubu’s running mate.

Magaji noted the National Working Committee (NWC) of the ruling party picked Ganduje to run alongside Tinubu in the 2023 general election based on his loyalty to the ruling party, commitment and infrastructural development of his state.

According to Magaji, Ganduje was chosen despite the issue of religion been considered.