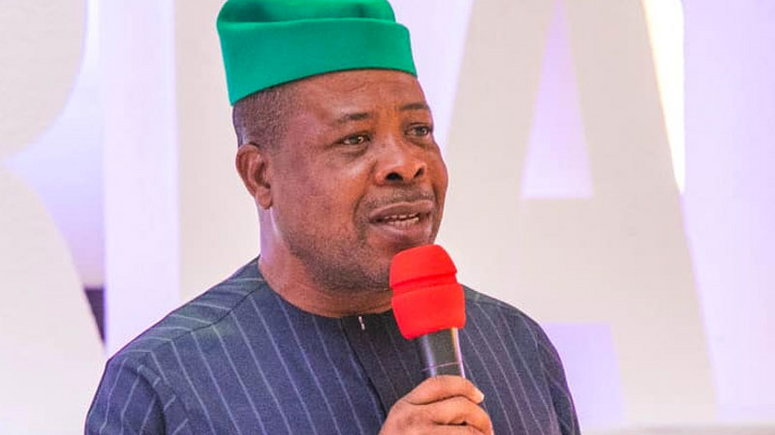 Former Governor of Imo State, Emeka Ihedioha has congratulated the Governor of Delta State, Ifeanyi Okowa upon his emergence as the running mate of Atiku Abubakar, the presidential candidate of the Peoples Democratic Party.

Ihedioha described Okowa as a very distinguished, loyal disciplined and committed party man who will be of great value to the presidency of PDP.

He called on party members to support the presidential ambition of Atiku Abubakar and Okowa in the 2023 general elections.

Ihedioha in a series of posts on his Twitter account wrote, “On behalf of the leaders and members of the Peoples Democratic Party in Imo State, I congratulate my friend and brother, His Excellency, Senator Dr Ifeanyi Arthur Okowa on his meritorious nomination as the Vice Presidential candidate of our great party for the 2023 general elections.

“This is the sequel to my conviction that Governor Okowa is a very distinguished, loyal, disciplined and committed party man who will add great value to and complement the presidential ticket given his well-acknowledged, rich legislative and executive pedigree spanning several years in our country.

“He not only balances the ticket but will serve as a partner to the highly experienced, cerebral, prepared and great unifier His Excellency Alh. Atiku Abubakar GCON, the PDP presidential candidate.”