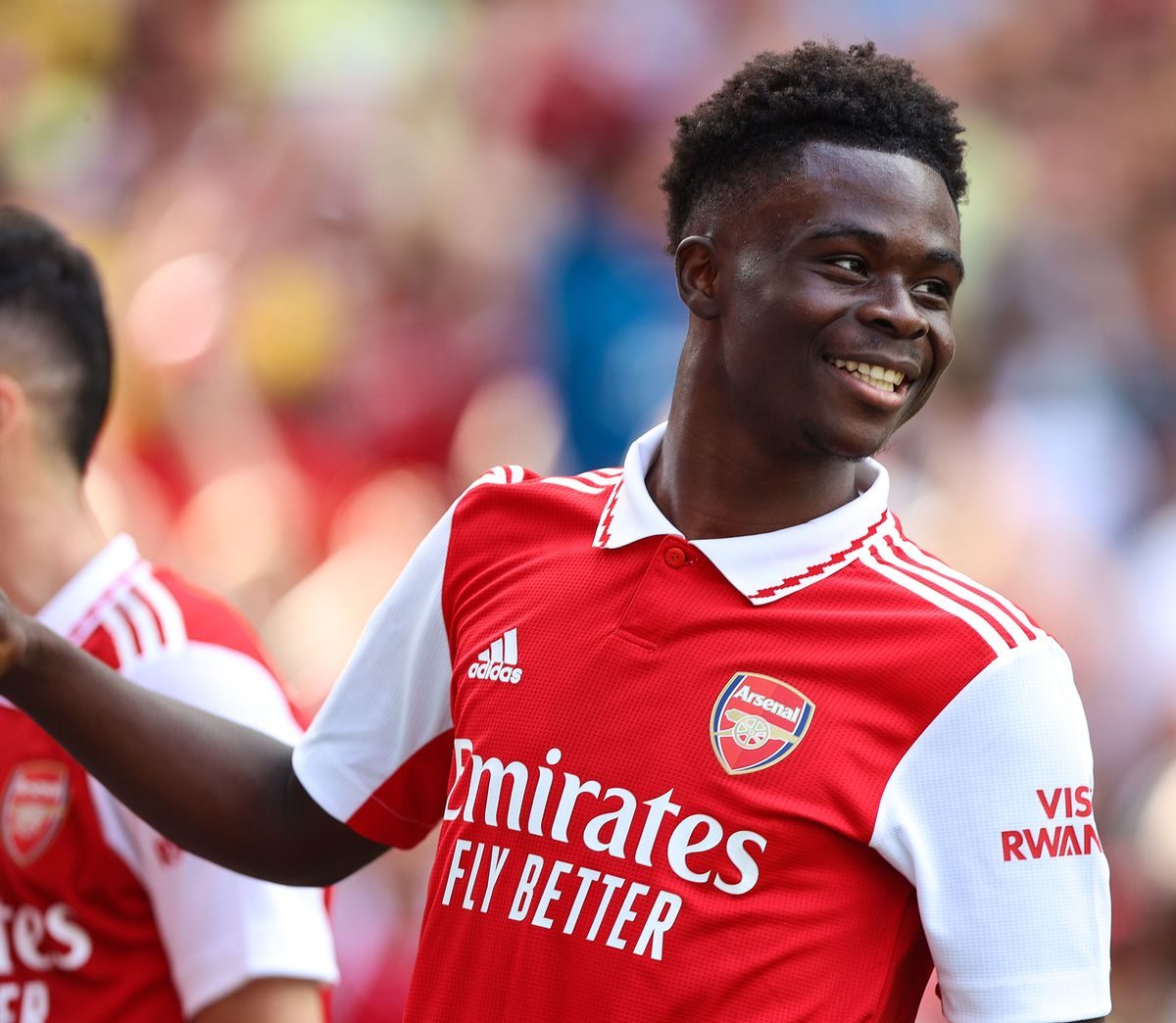 England professional footballer who currently plays as a forward for Arsenal, Bukayo Saka may soon dump the gunners for another English Premier League Club.

According to the Daily Mail, league winners, Manchester City has shown keen interest in the 20-year-old player.

Pep Guardiola’s side despite having a formidable forward line is now reportedly monitoring Saka’s situation at the Emirates, as the player heads into the final two years of his contract with the North London side.

Though any move for the player this summer is currently considered unlikely, the Etihad club has invested their time in monitoring the English player with rivals, Liverpool which is said to have earmarked the 20-year-old as a future target too.

Naija News understands that Saka’s current deal includes an option of one more year which will take his commitment to Arsenal up to 2024 should the Gunners, as expected, activate it.

However, securing the England international on a new and improved contract that reflects his rise in status for club and country was one of Arsenal’s priorities this summer.

Meanwhile, ahead of the 2022/2023 English Premier League season, Liverpool is reportedly seeking to sign Chelsea’s Christian Pulisic.
If things work out for the Reds, the American professional footballer would replace Sadio Mane at Liverpool.

Naija News understands that Pulisic has been linked with a move away from Stamford Bridge this summer.

Mane on the other hand has reportedly resolved to exit Anfield this season after failing to win the UEFA Champions League and also losing the Premier League title to Manchester City.

The Senegalese has been linked with a move to Bayern Munich, and Jurgen Klopp’s side wants Pulisic to take his place in the team.