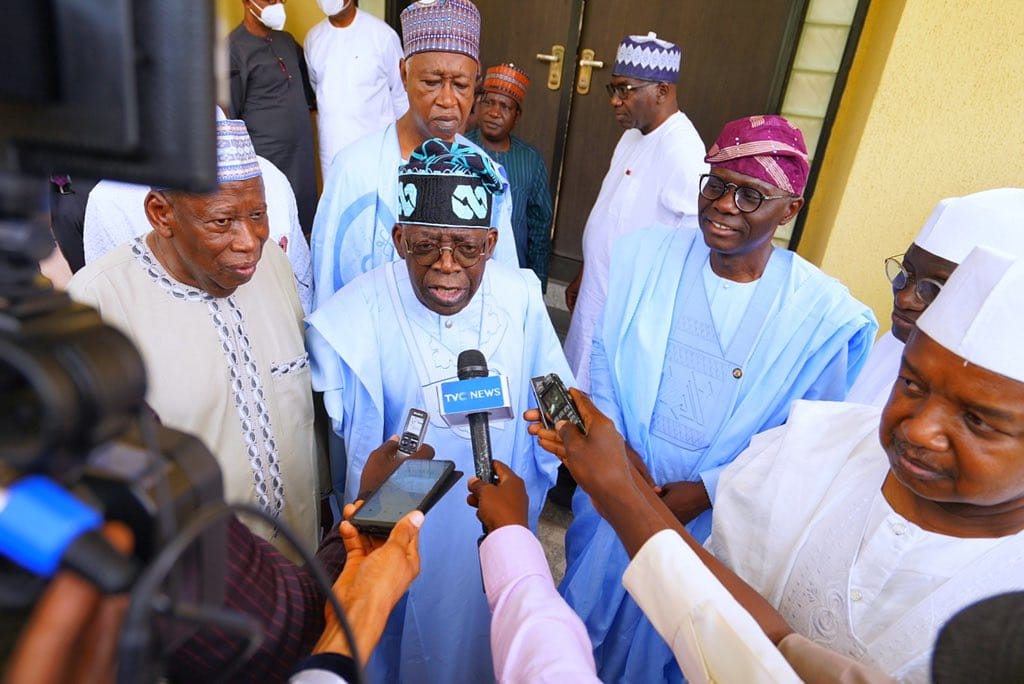 The identities of Governors of the All Progressives Congress (APC) supporting the 2023 presidential ambition of the party’s national leader, Bola Ahmed Tinubu, have been revealed.

Naija News understands that the governors have backed Tinubu to succeed President Muhammadu Buhari in 2023 and have started mobilizing for the presidential hopeful ahead of the party’s presidential primaries in Abuja.

The 12 APC governors were said to have endorsed Tinubu and proceeded to sign his Expression of Interest and Presidential Nomination forms, which were submitted by former Secretary to the Government of the Federation, Babachir Lawal and Governor Babajide Sanwo-Olu of Lagos State.

It was further learned that apart from the governors, 370 statutory delegates have also thrown their weight behind the former governor of Lagos state.

Below is the list of APC governors who are reported to have endorsed Tinubu to succeed Buhari in 2023.

2023: Amosun Speaks On Stepping Down From 2023 Presidential Race For Tinubu