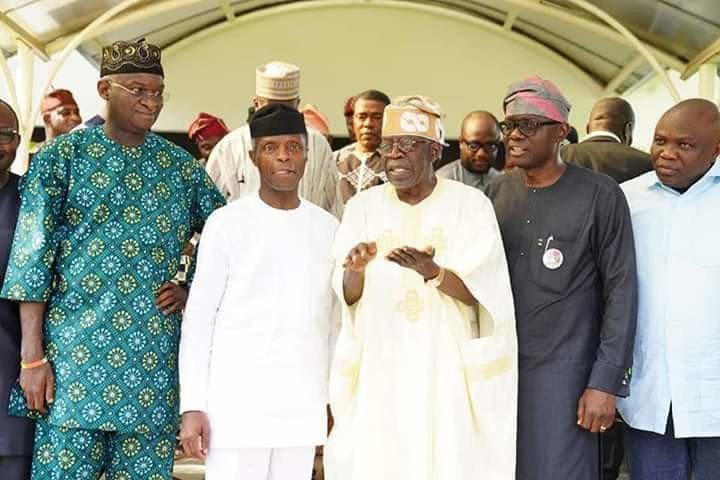 The national leader of the All Progressives Congress (APC), Bola Ahmed Tinubu,  who many believe to be a master strategist, may be planning to shockingly draft for­mer Lagos State governor and incumbent Minister of Works and Housing, Babatunde Raji Fash­ola, in his place for the 2023 presidential election.

Sources closed to Bola Tinubu have told Sunday Independent that the former Lagos governor may hand over his structure to Fashola at the dying minutes of the party’s presidential convention.

According to the sources, Tinubu is feeling slighted by the decision of his for­mer followers such as Vice President, Prof Yemi Osinbajo; Governor Kayode Fayemi of Ekiti State; Pastor Tunde Bakare; for Governor of Ogun State, Ibikunle Amosun to join the presidential contest.

One source said: “Please, don’t mind these disloyal and disrespectful former ‘boys’ of Asiwaju who are now biting the fingers that fed them.

“Asiwaju made them what­ever they think they are now politically. Now, they have the audacity to challenge him to a contest by picking presidential forms instead of allowing him as their ‘Master’ to go for the South West.”

Another source questioned the political capacity of Osinbajo, stressing that the VP has no political structure or popularity to win the election.

“Osinbajo has no political structure any­where, be it in Lagos or in the South West. People do not consider Osinbajo as a pol­itician. He is a lawyer and Pastor.

It was gathered that while most of the aspirants continue their plot against Bola Tinubu, the APC Leader may ‘unleash his joker on them.’