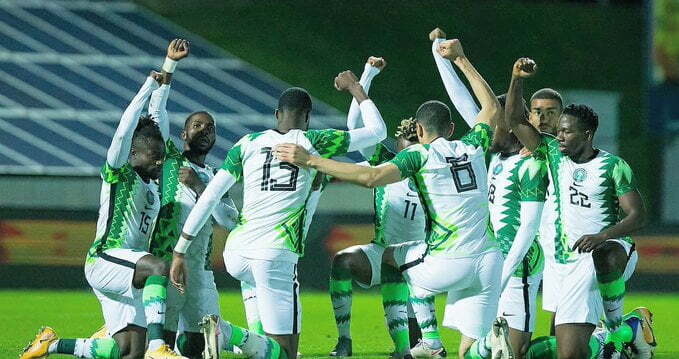 Leicester City forward, Ademola Lookman who recently switched his allegiance to the Super Eagles and former U17 star, Akinkunmi Amoo have been added in the provisional list of the Nigeria National team for the FIFA World Cup Qatar 2022 play-off round against Ghana.

Recall that the Technical Adviser of Nigeria National men football team, Augustine Eguavoen, recently met with Lookman who switch from England to Nigeria.

The camp opens in Abuja on 21st March, with a 24–man final list for the two big games to be released at a later date.

The Super Eagles will play against Ghana in the Cape Coast Sports Stadium on Friday 25th March by 7:30 pm, while the reverse leg will be played at the Moshood Abiola National Stadium, Abuja on Tuesday, 29th March by 6pm.

The winner of the two-legs will qualify for FIFA World Cup in Qatar.