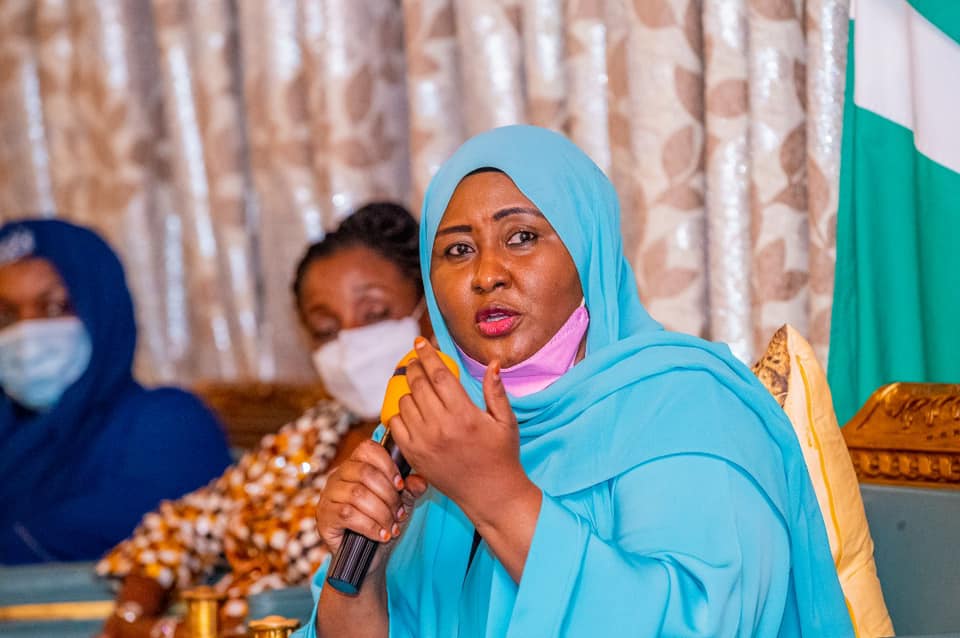 The First Lady of Nigeria, Aisha Buhari has asked the National Assembly to review its decision on the rejection of women-related bills.

Naija News reports Mrs Buhari spoke against the backdrop of the rejection of gender bills seeking to reserve some political offices exclusively for women during elections.

In a statement on Thursday, the wife of President Muhammadu Buhari said the rejection of the bills was contrary to the very high expectations of Nigerians.

She commended relevant UN agencies, women groups and individuals for their charitable support for fair representation of women in politics and governance.

The statement reads: “The recent decision by the National Assembly to ignore the long-standing clamour for Affirmative Action for Nigerian women was contrary to the very high expectations of forward-looking Nigerian men and women.

“The anger of Nigerians in the circumstance is, therefore, understandable, more so that not a single concession was made to women, contrary to the global practice of give-and-take for which people’s parliaments are noted.

“Notwithstanding this temporary setback, however, I, on behalf of the wife of the Vice President, HE Mrs Dolapo Osinbajo, join the multitude of Nigerian men and women to thank relevant UN agencies, local and international Non-governmental organisations, faith-based groups, and all other stakeholders and individuals for their charitable support for fair representation of women in legislative houses, public governance, and management of political parties.

“I am of the opinion that our esteemed National Assembly can still review its decision and pray that our compatriots will deeply reflect on this political, but emotive matter.

“I call on both the Senate and the House of Representatives as husbands, fathers, brothers and grandfathers to revise and reconsider reversing their conclusions so that no group, especially mothers, wives, daughters, and partners who women are, would suffer discrimination, or be denied of opportunities to contribute to the process of nation-building.”