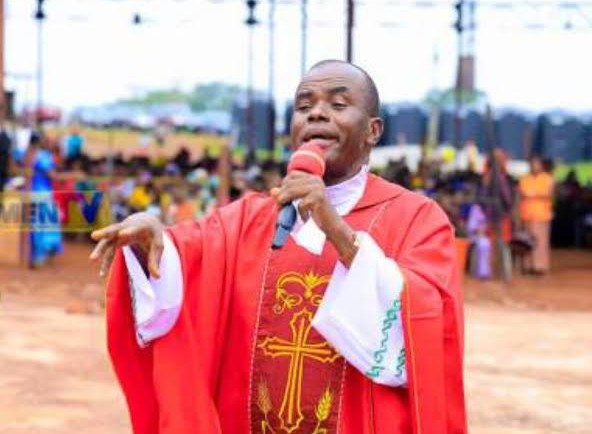 Reports had emerged alleging that the fiery Priest was recently abducted by some gunmen, while others said the Enugu-based preacher was invited by the Department of State Service, DSS.

In a statement on Thursday he personally signed, Father Mbaka dismissed reports that he was kidnapped from his house, describing such reports as satanic and unfounded.

Mbaka stated that he was never kidnapped by unknown gunmen nor invited by the DSS, asking those behind the rumours to stop or face the wrath of God.

He said, “The trending rumour that I was kidnapped is not true. No DSS Person invited me. Right now, by the special grace of God, I am peacefully, Joyfully, amicably and gracefully praying in the Adoration Ministry Enugu Nigeria arena.”

Wike, in a statement on Thursday by his Special Assistant, Media, Kelvin Ebiri, denied a text message allegedly sent by Dokpesi claiming PDP governors travelled to Europe to pick the party’s presidential and vice-presidential candidates for the 2023 election.

Wike urged former Vice President Atiku Abubakar, whom Dokpesi is backing for the 2023 presidency, to prevail on the media mogul to stop spreading rumours that will polarise PDP governors and stakeholders.

Describing Atiku as a well-known political strategist, the Rivers Governor stated that he has nothing against the former Vice president’s ambition.