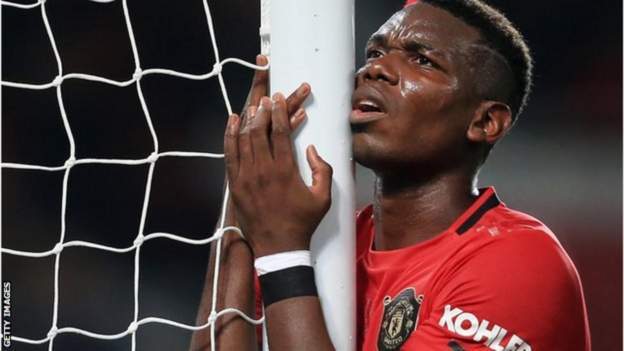 English Premier League club, Manchester United has been told to get rid of French star, Paul Pogba and shop for another midfielder.

Former Red Devils, Paul Ince believes Brighton’s player, Yves Bissouma would be a better replacement for Pogba as he suggests that the 28-year-old player will be leaving Old Trafford at the end of the season.

Ince said he cannot see Pogba staying longer than he had at Old Trafford, therefore he suggest Manchester United make a move for Bissouma to replace Pogba and Fred in the heart of their midfield.

Naija News understands that United has fallen off in performance in recent times, among other issues affecting the club, midfielders Fred and Scott McTominay have come under criticism recently as they are singled out as potential weak links by fans and pundits.

While United is, however, looking to spend heavily in the summer transfer market, Ince reckons Bissouma, who could leave Brighton at the end of the season, would be a cheaper alternative.

“You have to look at United’s recruitment,” he told Genting Casino.

“All these players have been about but why have United not spotted them?”

“Is Pogba going to stay? I can’t see it. It’s not just about two midfield players,” Ince added.

Meanwhile, the Ralf Rangnick side is faced with the huge task of beating Atletico Madrid in the round of 16 of the Champions League to keep alive their only hope of winning any silverware this season.