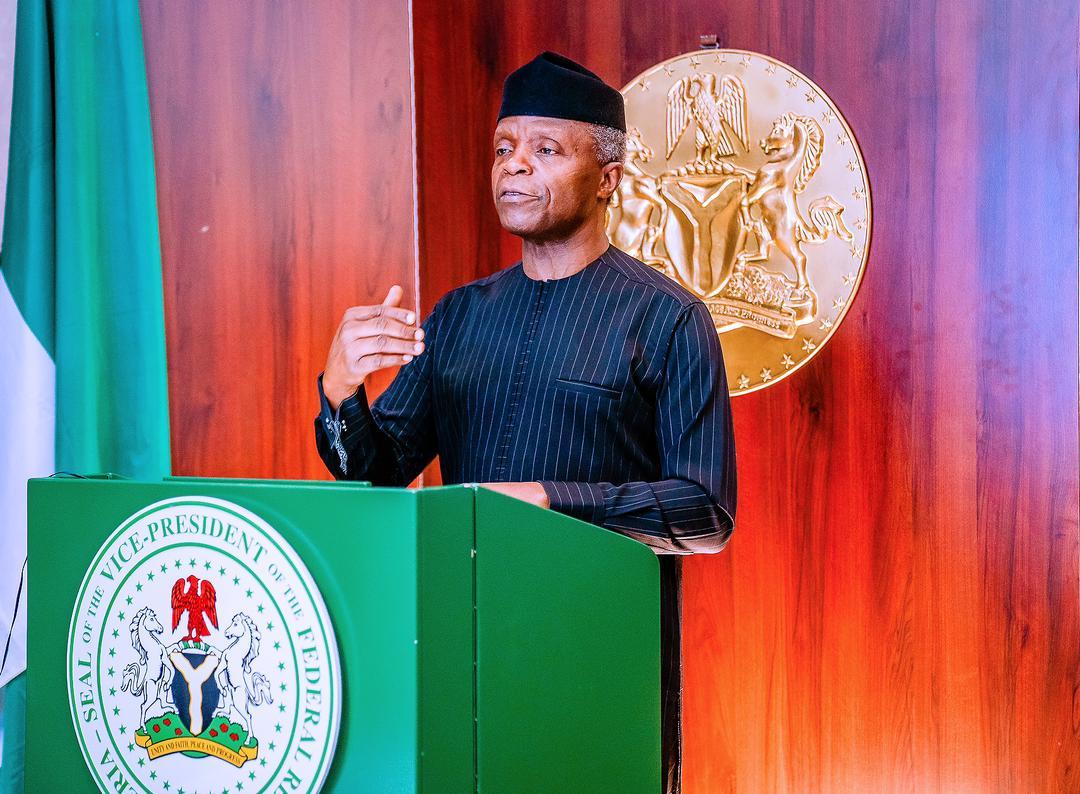 The Vice President of Nigeria, Professor Yemi Osinbajo has advocated a better payment structure and welfare package for workers in the country’s judiciary system.

Osinbajo who spoke on Tuesday at the Justice Sector Reform Summit 2022 said judges and other judicial workers should work under the best conditions due to the sensitive nature of their duties.

He argued that there is no justification for federal lawmakers to earn more than judges in the country.

Speaking against the background of the summit theme; ‘Devising Practical Solutions Towards Improved Performance, Enhanced Accountability And Independence In The Justice Sector,’ the Vice President was quoted by his spokesperson, Laolu Akande to have identified the establishment of a solely merit-based judicial selection and promotion process; a new approach to judicial budgeting and funding and the all-important question of judicial remuneration and welfare as some critical factors that must be addressed to guarantee a better judicial system in Nigeria.

Akande in a statement titled, ‘We Must Rediscover Attributes That Made Nigeria’s Judiciary High-Calibre In Africa – Osinbajo’ quoted the Vice President as saying: “Also, while we ask for the best from our judicial officers, we must equally ensure that the conditions under which they operate are not only befitting but are good enough to attract the best of minds in our profession. Judicial remuneration and welfare are critical.

“Why should a judge earn so much less than a federal legislator? There is no basis for it whatsoever. We should in fact benchmark without necessarily creating fresh new legislation because the Legislature doesn’t have any legislation about their own salaries.

“If we benchmark what a federal judicial officer/Court of Appeal Judge earns to what a House of Representatives member earns, you’d find a startling difference. If you benchmark a Supreme Court Justice to what a Senator earns, you’d notice the difference. If we start that quick process now, we would not have to go through the rigorous process of legislation. We would just benchmark the salaries even if we are going to call it allowances.

“The truth of the matter is that the responsibilities of the judge or justice of the Supreme Court/Court of Appeal are such they must be well remunerated. They are such that when they retire, they must be able to go to homes that they own in decent places where they live. That’s the way it should be. We shouldn’t have a situation where judges are anxious that when they retire, they won’t have homes to go to, because their salaries today can’t build anything decent. We must ensure that these are the conditions that are met.

“We must strengthen the processes of reviewing performance, incentivising excellence, and penalising misconduct.”