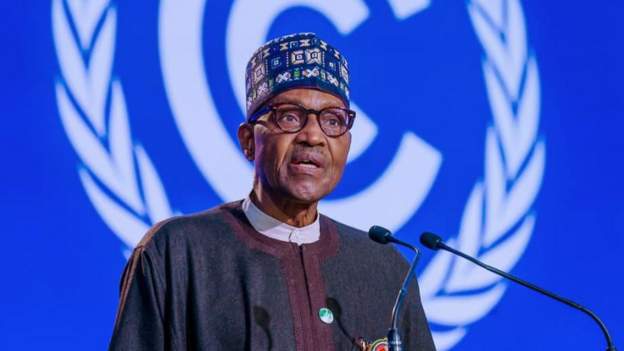 Nigeria’s President, Muhammadu Buhari has revealed why Nigerians are experiencing hardship and pain under his administration.

Speaking in a chat with the Channels Television on Wednesday and monitored by Naija News, President Buhari said Nigerians are suffering because only 2.5% of the land are being cultivated.

He asked Nigerians to go back to agriculture and stop the dependence on crude oil, noting that agriculture offers more opportunities to the country.

Buhari also urged Nigerians to leverage the opportunity that agriculture offers in order to find a lasting solution to the current economic problem.

However, the Nigerian leader stated that he is absolutely aware of the challenges the citizens face and the struggle to feed under his government.

He said: “I’m absolutely aware of it, but as I said, look at the vast population of Nigerians, only 2.5% of the land revenue are being cultivated. We realised this rather too late, but we have to go back to the land (agriculture).”

In other news, the Minister of Finance, Budget and National Planning, Zainab Ahmed, has disclosed that the federal government is set to reduce its workforce.

The minister stated that the Muhammadu Buhari-led administration is designing what it calls an exit package for government workers that will be leaving the service.

The Nation quoted Zainab as saying that reducing the size of government has become imperative given the huge amount the government spends on recurrent expenditure annually.

She said the reduction will not entirely be in line with the Stephen Oronsaye report but based on a committee recommendation.

According to her, the government is working on an “exit package” to be paid to those that will be affected.

Buhari Reveals Why His Govt Took Loans From China