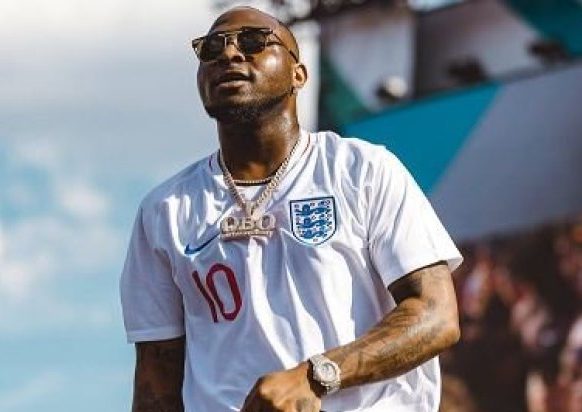 Nigerian musician and philanthropist, David Adeleke, popularly known as Davido has announced that he opened a new house today.

Naija News reports that the DMW boss disclosed the new achievement on his verified Twitter page on Thursday, January 6.

Sharing the good news with his followers; the award-winning singer tweeted, “I open my new house today! 2022 all blessings. Amen!” (sic)

Davido later confirmed in another post on his Instastories that the newly opened house is situated in the Banana Island area of Lagos.

Naija News understands that Davido’s new house is coming barely six days after he disclosed the amount of money he made in the year 2021.

According to Davido in a post via his social media page in earlier January, he made the sum of $22.3 million in 2021, which is about N13 billion.

Davido made the disclosure weeks after asking his friends to donate one million Naira each for him to clear his Rolls Royce from the port.

The singer, however, to the surprise of Nigerians after racking in the sum of two hundred million added fifty million and donated it to orphanages across the country.

Davido in an effort to disburse the fund rightly to Nigerians opened an online portal for orphanages to apply for the N250m fund, in commemoration of his 29th birthday.

Bobrisky Shares Before And After Photo, Reveals Secret Behind ‘Glow Up’