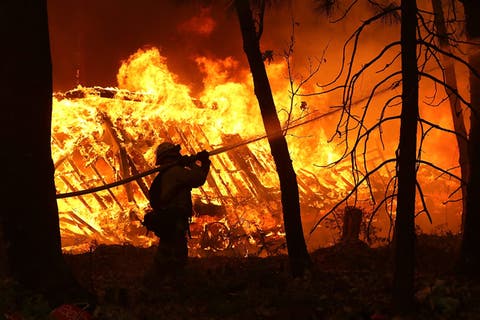 A Twitter user identified as Adetomi has revealed how her Ex-boyfriend burnt down her family house after she filed a restraining order against him.

The Nigerian lady who resides in the US said her ex threw a cocktail bomb in the house around 3am in the morning while her mom, siblings, nieces and pets were in the house.

The lady said that her mom who is now 57 has been living in the house since she was 18.

She further stated that her family has lost everything, asking people to help them out in any way they can.

In other news, many people have been injured during a fire outbreak that occured in the Ebute Meta area of Lagos State on Wednesday.

It was learned that the fire started around 10am from the room of a resident of the shanties who was cooking, before destroying other structures in the area.

Also, the fire gutted Okobaba plank market located in the area as firefighters and emergency responders arrived the scene to battle the fire. As of the time of filing this report, the actual cause of the fire is sketchy. Read more

Vigilante Kill 11 Suspected Bandits’ Informants Including A Woman In Zamfara