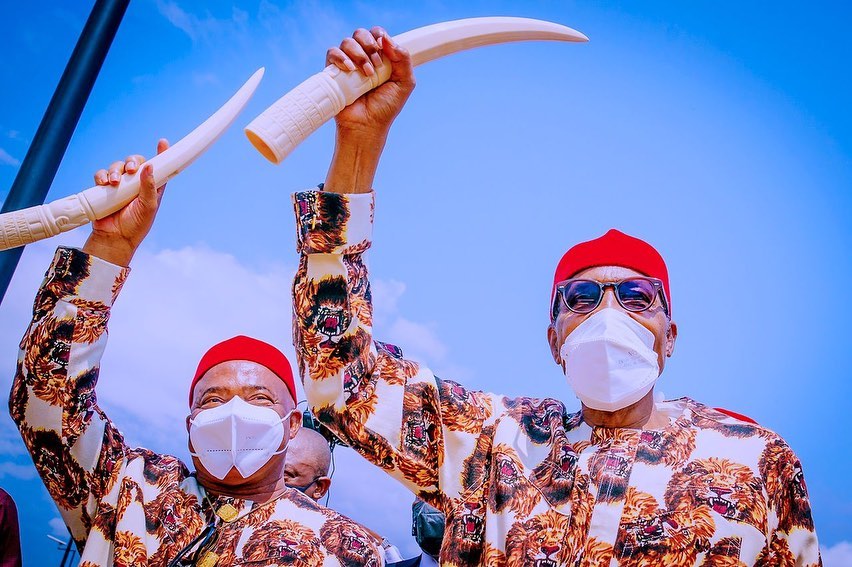 In a statement by its National Publicity Secretary, Alex Chiedozie Ogbonna, Ohanaeze said the president’s support would solve the marginalisation and injustice debates in the South East.

Ogbonna added that the president’s action would reduce the secession agitation in the region and boost his image among the people.

He, however, identified poverty, insecurity and injustice as the major problems facing the county, calling on the federal government to address these challenges.

“First, he should ask himself a question on how he wants to be remembered when he leaves office; second, he should do to the South-East what Obasanjo did to the North-West when he said it was their turn to produce the president.

“He should also say it is the turn of the Igbo to produce the president of Nigeria and with it, there will be peace in Nigeria,” he said.

In other news, the Governor of Abia State, Okezie Ikpeazu, has canvassed for the next president of Nigeria to be of Igbo extraction.

Ikpeazu argued that no other tribe in Nigeria has believed in Nigeria better than the Igbos through their investments in every part of the country.

The governor made the submission on Sunday when he received a former Senate President, Anyim Pius Anyim, at his country home in Umuobiakwa, Obingwa Local Government Area of the state.

Ikpeazu said Anyim remains one of the Igbo politicians qualified to succeed President Muhammadu Buhari in 2023 and rescue the country from the All Progressives Congress (APC).

According to the governor, the former Secretary to the Government of the Federation has good public service credentials and experience to become the next president.

Ikpeazu assured Anyim of his support, asking other tribes to give the South-East a chance to produce the next Nigerian President.

Uzodinma Fixes Date To Reveal Sponsors Of Insecurity In Imo