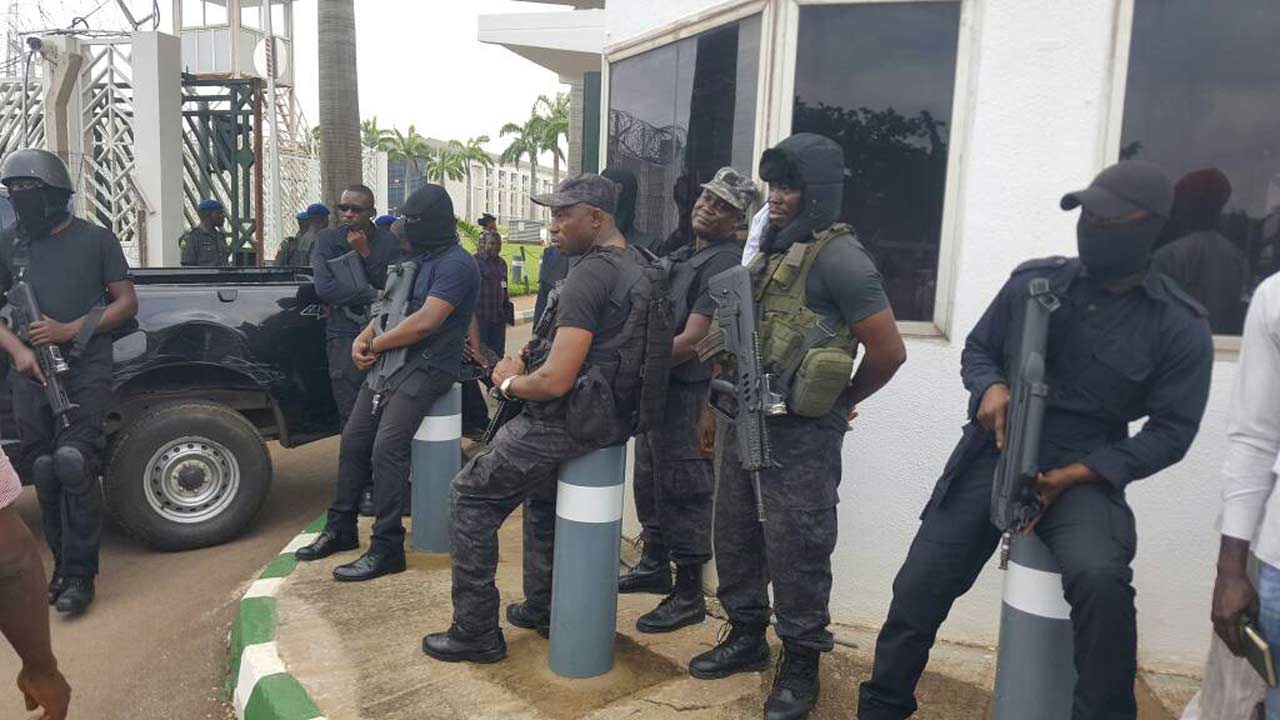 Operatives of the Department of State Security Services (DSS) have been accused of invading the Abuja office of the Civil Society Legislative Advocacy Centre (CISLAC).

The accusation was made known in a protest letter written by the Executive Director, CISLAC, Mal Auwal Musa Rafsanjani, and sent to the Director-General of the DSS, Yusuf Bichi.

In the letter dated December 29, 2021, the CISLAC boss condemned the gestapo style of the invasion, adding that the non-profit organisation has not violated any law.

Rafsanjani described the action of the secret police as unprofessional and distasteful, calling on President Muhammadu Buhari to call the DSS to order.

The letter reads: “On Monday the 27th of December 2021, Operatives of your agency, the Department of State Security Services (DSS) stormed the premises of our office, the Civil Society Legislative Advocacy Centre, CISLAC, the National Chapter of Transparency International, TI Nigeria at No 16 POW Mafemi Crescent, Off Solomon Lar Way, Jabi. Laying siege, the operatives demanded to see the Chief Security Officer of the building. On learning about this, our initial thought was that these were individuals masquerading as DSS agents considering the fact that this was not just during the holiday period, but it was on a day declared as a public holiday by the federal government of Nigeria.

“This thought was further reinforced by the fact that was no prior notice, invitation or pending request from your office regarding any of such visit. However, when we put a call through to the number dropped with our office security personnel, an individual further confirmed that he was an agent of your agency providing details of his position.

“Sir, considering recent activities of criminals using official security covers to perpetrate wanton criminalities in the recent past, we want you to use your good office to investigate those who carried out this visit and for what purpose(s). We will also request that you call these operatives to order and charge them to be civil in their approach and not militarize our nascent democracy.

“At this point, we cannot jump into conclusion as to the exact reasons behind this gestapo approach; however, this kind of unprofessional visits clearly violates existential rights guaranteed by the constitution of the Federal Republic of Nigeria and puts the country on a global map of ‘bad policing’ and seen shrinking voices of citizens demanding for good governance in the interest of all.

“Visits like these further feed fears that the country is gradually snowballing into autocracy with the regular abuse of powers from those parading themselves as agents of the state.

“As an organization, we believe in the rule of law. We have complied with all statutes and thereby have not violated any law. We urge you to use your good office to put an end to this trend of shrinking civic space and the ongoing attempt to weaken democratic institutions to which the civil society community represents an aspect.”