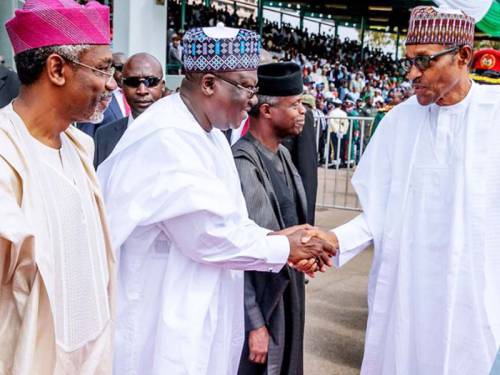 Even if he cared little about his legacy and supposed integrity, President Muhammadu Buhari should have spared a thought for Nigeria and Nigerians in his recent decision to decline assent to the Electoral Act (amendment) Bill jointly passed by the National Assembly. Nigerians and the country have given so much to Buhari to make him place the public interest above parochial interest on matters of State. As bad as it is for him to have vetoed the legislation, how he did this is disheartening and raises questions over the interest of a President who is serving out his final term in office.

After being passed by both chambers of the National Assembly, the Electoral Act (amendment) Bill, 2021 was transmitted to Buhari for assent on November 18, 2021. With time running out as to when the President must act on the bill, informed Nigerians were so beholden to the proposed legislation that they were on national television interpreting the provisions of Section 58 (4) of the 1999 Constitution to possibly extend the 30-day stipulated time frame within which the President must sign or decline assent. By last weekend, the anxiety and nerve-wracking suspense in the polity was palpable.

Buhari waited till the 30th day to reject the Electoral Act amendment bill. In his letter to the leadership of the National Assembly which was curiously dated December 13, the President cited a raft of reasons why the lawmakers shouldn’t have made direct primaries mandatory in the bill. This, he says, will be a recipe for chaos in the political parties, and that the contentious Clause 87 of the bill abridges the democratic rights of political parties to conduct their own affairs. The President also rejected the amended Electoral Act bill over the “high cost of conducting direct primaries, the security challenge of monitoring the election, violation of citizens’ rights and marginalization of small political parties.”

The President dashed the hopes of long-suffering Nigerians, who saw the proposed legislation as a flicker of hope in the country practicing true democracy. Nigerians placed much hope on the Electoral Act (amendment) Bill due to the innovations it contains. The legal framework for a country’s electoral process is key to the credibility of any election conducted in that country. With the extant Electoral Act being obsolete and not able to guarantee the integrity of elections, the new amendment was coming to the rescue until now shot down by the President’s veto. It is surprising that the ninth National Assembly, which since its inception, has been functioning as an extension of the executive arm of government didn’t carry the President along in the proposed amendments before the bill was eventually passed by both chambers.

The President had repeatedly vowed, even before the international community, that he will leave the Nigerian electoral process better than he met it. Barely a fortnight ago, Buhari, while speaking at a virtual summit organized by President Joe Biden of the United States, told the international community that “Since assuming office in 2015, we have been able to introduce mechanisms to ensure free, fair and credible elections”. He added that “As we count down to our next general elections in 2023, we remain committed to putting in place and strengthening all necessary mechanisms to ensure that Nigeria will not only record another peaceful transfer of power to an elected democratic government but will also ensure that the elections are conducted in a free, fair and transparent manner”.

This has now proven to be mere platitudes that fly on the face of the fact that Buhari will for the record fifth time be derailing critical amendments to the legal framework that could have given Nigerians credible elections. Before arriving at the decision not to assent to the bill, the President had sought the opinion of INEC. The electoral umpire, which replied by highlighting landmark proposals in the bill that would radically enhance the quality of its elections, pointed the President to the bill supporting electronic transmission of results, early submission of the list of nominated candidates, and the power of INEC to review election results that were declared in contravention of electoral laws and guidelines. The Independent National Electoral Commission, while urging Buhari not to hesitate in signing the Electoral Act amendment bill, told him that “an accelerated assent to the bill will facilitate the preparations for major elections such as the FCT municipal area council election, Ekiti and Osun states governorship elections, and the 2023 general elections”.

While the above was INEC’s counsel on the proposed legislation, the President heeded the advice by the Attorney General of the Federation, Abubakar Malami, whose office was part of the collaborative efforts that worked on the amendment bill. The President can do better than the flimsy and convenient reasons he adduced for rejecting this outcome of the collaborative efforts by the civil society, INEC, the Office of the Attorney-General, the National Assembly joint committees, and foreign partners. The energy, time, and resources that were expended on this must count for something. The law is seen as a living thing because it yields itself to be transformed according to the exigencies of the time and the situation.

Naija News rejects this clear case of policy capture by partisans to further their narrow interest. We are not fooled by moves by the President’s handlers to insulate him from his decline to assent a bill that holds so much promise for Nigeria, neither do we believe that the veto was just because of the imposition of direct primaries on the parties. The inclusion of Clause 87 titled Nomination of candidates by parties was just a well-orchestrated smokescreen by the powers that be to ensure that Clause 52 which has to do with electronic voting and transmission of results, is scuttled. The direct primaries was smuggled in so that the baby and the bathwater can be thrown away as happened in 2006 when the third agenda was the oily finger that soiled the others. If only Nigerians had known that there was a game-plan when the Senate suddenly backed down on their strong opposition to the electronic transmission of election results.

This newspaper is worried that despite all the time it took him to let out his veto of the Electoral Act amendment bill, the President did not commit to signing the legislation into law once the contentious imposition of direct primaries on the parties is removed from the bill. For starters, a President who is “putting in place and strengthening all necessary mechanisms to … ensure that the elections are conducted in a free, fair and transparent manner” would have initiated the reworking the legal framework for Nigeria’s elections as an executive bill. Now that same has been introduced as a private member’s bill, it is unconscionable for the President not to have done the precious little he could to bequeath Nigerians a sanitized electoral system. This is more so as he was a big beneficiary of his predecessor’s effort in that regard which he has publicly acknowledged on multiple occasions. If truly his grouse was with Clause 87, what stopped the President from signing the bill and seeking an amendment to the law afterward? If this could happen with the Petroleum Industry Act, why not in this very important piece of legislation that bears the cure to much of what ails Nigeria?

Naija News considers Buhari’s refusal to append his signature to the Electoral Act amendment Bill as anti-climax. By rejecting what would have led to a major advancement in Nigeria’s journey to electoral perfection, the President has proven that he means farming when he says he will be heading to Daura after serving out his tenure on May 29, 2023. Had he signed the bill, the President would have presented himself as a democracy ambassador to be engaged by the international community in diplomatic assignments across the world.

The National Assembly cannot extricate itself of any complicity in this disappointing affair. Naija News wonders what else could have made them remove ‘or indirect’ in the extant Electoral Act to make it compulsory for parties to use only direct primaries for the nomination of candidates. After all the huffing, puffing, and the collection of signatures to override the President’s veto, the lawmakers stayed further action on the bill till they resume in the New Year. With the lawmakers’ disclosure that they will use the Yuletide recess to confer with constituents on the Electoral Act amendment Bill, Naija News urges National Assembly members to ensure they actually consult the people. And as they host town-hall meetings, Nigerians should use the opportunity to impress it upon their representatives to override the President’s veto when they return to Abuja. This is because the Buhari who rejected an Electoral Act amendment Bill on four different occasions in 2018 can still withhold his assent if there is a clerical error in whatever updated version of the bill which will be transmitted by the National Assembly in 2022.

New Year: Carryovers From 2021 That Mustn’t Be Glossed Over