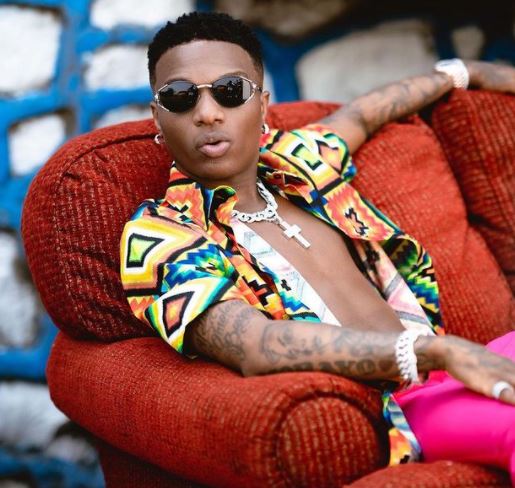 A young man has taken to social media to show off a piece of clothing owned by Grammy star, Wizkid he aggressively caught while at his concert in Lagos.

According to the man who identifies as Due_cakes, he was the one who caught the sweater Wizkid threw into the crowd at his concert.

The young man revealed that he got the rare piece by force amid the crowd and would not be selling for anything less than $1500.

This has stirred reactions from many Nigerians who spoke about how very expensive his price is.
while some urged the man to just frame the cloth, others stated that the price is expensive.

In one of the posts he shared online, he showed the moment the Grammy award winner gave him the sweater.

See the photo of the sweater below;

Meanwhile, a video showing the moment an overzealous fan slapped Afrobeat star, Wizkid on his head during a short visit to Warri has surfaced on social media

In the viral video, an overly excited fan managed to outsmart the security before slapping the singer on the head and immediately snatching his glasses from him.

This is coming shortly after two fans plunged into the stage during Wizkid’s live performance held at Transcorp Hilton Hotel, Abuja and held tightly to his legs while security struggled to get him off.

Shortly after Wizkid’s bodyguards pulled the die-hard fan from the singer, another fan joined the first one on stage to grab Wizkid’s other leg. Watch video here.